A woman who claims to have been the victim of sexual assault by Democratic White House candidate Joe Biden urged him on Thursday to resign from running in the November US presidential election.

Tara Reade, 56, accuses Biden, 77, of sexually assaulting her in a hallway in the United States Congress in 1993, when he was a senator and she was his employee.

“Do you want me to retire?” Asked a journalist to the woman. “I wish he would, but he won’t,” Reade replied, adding that it was “a little late” for Biden to apologize.

Biden’s deputy campaign manager released a statement Thursday in which she contradicted Reade.

“More and more inconsistencies keep popping up,” said Kate Bedingfield, according to the Washington Post.

“Women … should be able to introduce themselves and share their stories without fear of retaliation or prejudice,” she said. “However, we can never sacrifice the truth. And the truth is that those allegations are false and that the documents that were presented to support them, if you examine them, continue to demonstrate their falsity.”

Reade has publicly supported Bernie Sanders in the past, a Democratic pre-candidate who admitted his defeat to Biden in early April, leaving the former vice president as a virtual challenger to Donald Trump in the November 3 elections.

Biden appears to be leading Americans’ preferences in the latest polls, benefiting from strong criticism Trump has received for his handling of the crisis unleashed by the covid-19 pandemic. 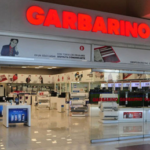