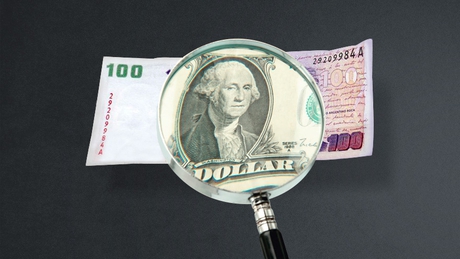 It was the last thing I needed Martín Guzmán at a time when you must maximize your negotiating capacity before creditors external and also try to convince Argentines to go against their natural tendency to buy dollars. But it was also inevitable: sooner or later the data was going to appear about what your personal preferences are when save money.

And so it was that the information that he himself was published – and immediately went viral on social networks Minister of Economy unveiled in his sworn declaration: you have part of your savings invested in dollars, more specifically in a current account and a savings bank in the United States, in addition to other dollar accounts in the country.

The reality is that the data could not surprise anyone: Guzmán lived for years in New York and only returned to the country at the end of the year, after being summoned by Alberto Fernández to take charge of the Ministry of Economy.

But even so, the ironic comments and the reproaches in the social networks. It was inevitable that this would happen, because a few days before the minister had made statements in which he raised the need to de-dollarize the economy and encourage savings in pesos by creating new investment instruments.

And for these hours, it even celebrates the achievement that there were investors who agreed to exchange some US $ 1,836 million in Treasury Bills nominated in dollars in exchange for three bonds in pesos.

In front of the microphones, his proposal generated praise from bankers who held the need to recreate a “curve in pesos”. But in off the record few bet that Guzmán’s call is a success.

The market is more than eloquent in this regard: the reaction to the restrictive measures of the central bank on the operation of the dollar “counted with liquidation” it did nothing but bring nervousness and rumors, which shot the Dolar blue above $ 120.

In short, the criticisms and ironies that reach thousands in the comments on social networks are based on an attitude that is perceived as contradictory: the fact that a minister calls for cultural change and abandons dollarization when he himself saves on American currency it is something that hits squarely on the waterline of official discourse.

Of course, Guzmán is not the first to go through this situation, and surely he will not be the last. Almost all of their ancestors have suffered “escraches” similar in tone.

Without going any further, during the macrista management Alfonso Prat Gay had declared before the Anti-Corruption Office four accounts abroad. While his successor, Nicolas Dujovne, detailed that its assets and investments outside the country reached 74% of its heritage.

The fact that Dujovne had never repatriated those holdings during his days as minister earned him “denunciations” from the then Kirchner opposition, who faced with the contradiction of going to look for investments abroad but not showing confidence in the country when it came to his personal savings.

In fact, the former minister had to endure various “escraches” on this issue. For example, the incident when exposing in Madrid on the economic plan, when an Argentine economist present in the public asked him that the fact not deposit his money in the Argentine financial system it took away credibility to convince foreigners.

Of course, the case of Guzmán has an additional complication: the Macristas advocated the free decision to invest and –at least until the imposition of the stocks, with the electoral result already in sight– there were no obstacles to freedom purchase of foreign currency.

On the other hand, Guzmán not only wants to convince the Argentines to bring their money to the country – if they had it outside borders – but also to declare it before the AFIP and put it in the local financial system. Also, you want them to decide invest in pesos. And for that he explained that he is designing a financial plan with an offer in that regard.

In short, he wants to refloat the pesification crusade, a task that seems difficult given that it has had many unsuccessful antecedents, to the point that it constitutes one of the greatest cultural defeats of Kirchnerism.

Guzmán’s motivation is easily explained: the central bank reserves amount to $ 43 billion, a low level if it is considered that it represents 12% of the PBI, while in Peru they reach 30% or in Brazil 19%.

But, for practical purposes, the most worrying fact is that of all the reserves that the BCRA has noted, the net –That is, those that are effectively available for use, when the bank reserve requirements and other obligations- amount to barely $ 8 billion.

With a debt of $ s66,000 million in negotiation with the investment funds from outside plus loan of $ 42 billion to be returned to the International Monetary Fund, and in a crisis that according to Guzmán’s own estimate will cost 6.5% of GDP this year, it is clear that dollars will be needed to get out of the well.

Economists estimate that the issuance of pesos that come out of the “little machine” of the Central Bank will double this year the monetary base, something that exacerbates the nervousness of those who want to see more dollars supporting the circulating money.

And it is in that context of emergency that the Government tries a mix of persuasion and “heavy hand” so that the Argentines forget about the dollars. While the Central plays the role of the bad guy, with his regulations to restrict foreign currency operations, Guzmán plays the role of the good guy, which explains why we will all win if the dollarization compulsion ends.

But the truth is that the prospects for Guzmán do not look encouraging. In the banking system, the dripping dollars It is intensifying and has already taken a rate of $ 70 million that every day leaves the system.

The latest report from the Central indicates that there are US $ 17.8 billion in the accounts, which sets the tone for a gradual but continuous exodus of dollar deposits: in August last year the level was around US $ 35,000 millions; and in December, by assuming Alberto Fernández It had fallen to $ 23,000 and in March, when the quarantine, it was at u $ s20.000

It does not seem like the best time to propose pesification. Perhaps Guzmán should remember that Argentina is one of the cases where the “Gresham’s Law”, the theory that explains why in a country where there are two currencies, people tend to treasure the best quality while the one that inspires little confidence circulates at full speed.

The Kirchnerist crusade that ended in surrender

No one should understand the situation better than Cristina Kirchner. His second term began with the exchange clamp, after a strange electoral campaign in which the greater his advantage in the polls, the more intense the capital flight.

During his tenure, he called for people to abandon the dollars and place pesos within a fixed period. But it was hard to convince even the officials themselves. It was highly commented at that time how Victor Hugo Morales was outraged by the fact that ministers like Aníbal Fernández they refused to part with their dollarized savings, which took away moral stature from the Government’s proposal.

Cristina agreed with Víctor Hugo, accepted the challenge of pesifying his savings and forced Aníbal and other officials to do the same. It was quite an expensive political gesture in personal terms, because at that time the gap between blue and official exchange rate it exceeded 30%, which implied that going from the dollar to the fixed term was assuming a 25% loss in savings.

At that time, the former president admitted that if she had dollars, it was more by “tradition” than by financial calculation, given that since the exchange rate was stable, more money was earned with the fixed terms in pesos.

Surely he did not notice the contradictory of his approach, because only those who think in dollars could argue that it was better to have pesos. At that time the interest rate of banks was far less than the inflation, so that those who “thought in pesos” could only expect losses, while those who measured their equity in dollars they were the only ones who could see the allure of the eternal “bicycle”.

Upon the end of his term, already resigned that no one would be pesified, he decided to leave unpaid a debt of US $ 13,000 million that were intended to buy inputs for industry –In theory, the reason why the stocks were established- and used the few remaining greenbacks to finance savings and subsidized tourism from the same middle class that he had previously accused of just thinking of buying dollars to go to Miami. Having raised the flag of the pesification culture, this was the closest thing to a surrender. 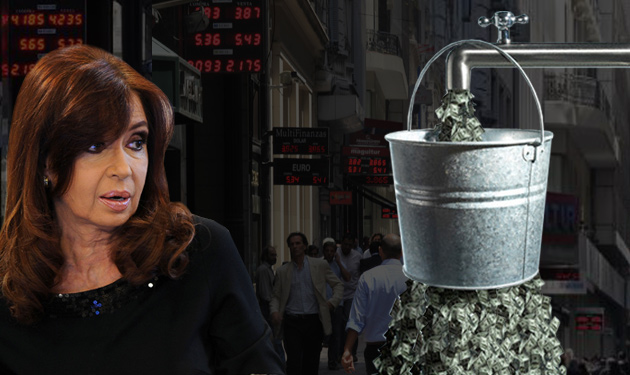 But Cristina’s contradiction did not end there. Because in 2016 when he left the presidency and had to start his journey through Commodore Py, should have explained why he had dollars stored in security boxes. And his explanation was very eloquent: “I didn’t know what these people were going to do with the economy and I wasn’t confident.” Basically, the same argument that those who bought dollars in all exchange rate runs and those who continue to do so today in the new “delivery” modality of the caves.

Go to the pesos when the dollar is calm -even if artificially- and interest rates are high, and then return to the greenback when you smell instability: what Cristina did coincides with what the City and all the Argentine savers have been doing for decades.

But despite that defeat of the Kirchnerism in his pesification crusade and despite all the antecedents of the Argentine economic history, Guzmán has decided, for the umpteenth time, to launch a mission to change the dollarized culture. Something difficult to do in any circumstance, and especially if the official who makes the call declares that he has his savings in dollars, well protected in US bank accounts.

But, after all, who can criticize Guzmán. It may coincide or disagree with its economic line, but it showed that, when making decisions, it acts as 100 percent of Argentines. 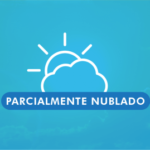