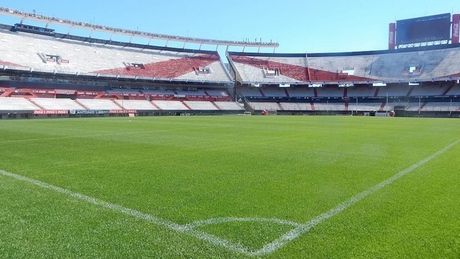 “They don’t know what I miss about football,” said the President, who announced some news they are working on to get the ball rolling again.

The President of the Nation, Alberto Fernández, just implement “phase 4” of quarantine for the entire country, except for the City of Buenos Aires and the Conurbano.

In this context, the president is evaluating when and how soccer could resume in Argentina.

In this sense, it considered that the national production of rapid tests for the detection of coronavirus will facilitate the return of the soccer behind closed doors, “because in 40 minutes it will be possible to guarantee that none of the 22 players who enter the court is ill.”

“When we have the quick tests done in Argentina, the clubs will be able to guarantee that none of those who enter the field is sick, so we could give certain rules so that the soccer“the president said in an interview with journalist Angela Lerena on TNT Sports networks.

“I always ask Ginés (González García, Minister of Health of the Nation) A field has 8,000, 9,000 square meters, Can’t there be 22 guys playing? So I’m talking about the quick tests, “he said with a laugh.

Alberto trusts that the rapid tests that are being developed will allow the return of the football.

The development of rapid detection tests for covid-19 will be possible thanks to the work carried out by Argentine scientists, who produced two quick kits, with a technology simpler than PCR, which are expected to be approved next week by Anmat.

“They don’t know what I miss soccer“Fernández added, and pointed out:” We can go little by little, watching it on TV. That works for everyone: for clubs, for television, for players and for everyone, beyond the fact that this health emergency has surely impacted the physical condition of the players. So you have to go little by little. ”

Throughout the interview, the president also considered that “the best Diego Maradona was that of Argentinos Juniors”, in which he debuted in 1976, and remembered as “the most emotional moment” in his life as a fan of the game in which La Paternal’s team sent San Lorenzo to Primera B, in 1981.

It was also rated as a swells “moderately puteador”, He assured that “it is very different to be from a big team than to be from a small one” and said that “football is a passion that completes the soul of Argentines”.

“The best Diego was that of Argentinos. I saw him from before, he was a brat who wandered around the court playing little games without dropping the ball,” he recalled. “He had that natural gift that made him an extraordinary player and I saw him to do incredible things, from another world, like when (Hugo) Gatti told him he was chubby and he took revenge scoring four goals “.

“The comparison with Lionel Messi is unfair, because the one now is another soccer. I saw Maradona do things that I did not see anyone else. They put together a team with ten brooms and made him win. Diego is definitely from another world, “he said.

The president recalled with special affection “the Argentines who won the Libertadores del 85 and played the Intercontinental with Juventus”, but said that his most emotional moment was in 1981, when the La Paternal team sent San Lorenzo down to defeat him by 1 to 0 in Ferro’s court.

“It was the only time in my life that I went to celebrate on the field,” he confessed.

Fernández also admitted being “a moderately puteador fan” but not against the players of his team “but against the referee or against the opponents”; and subscribed to the idea of ​​”black palate” that identifies the supporters of Argentinos Juniors. 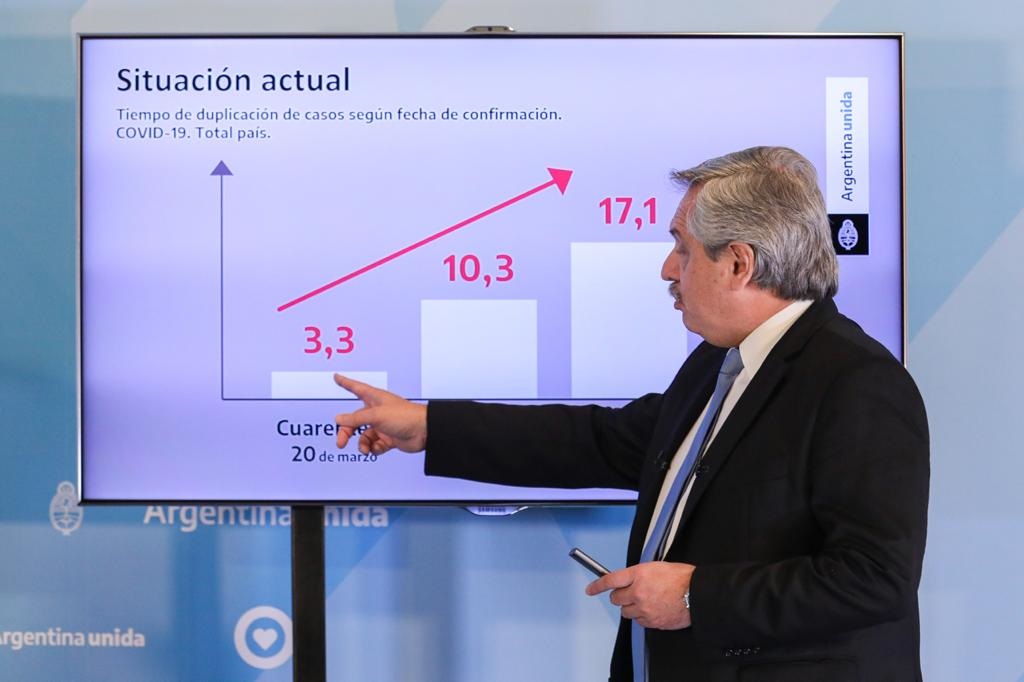 Alberto has just enabled “phase 4” for the entire country, except for the AMBA

“We like that the team plays well. Argentinos is an inexhaustible quarry. I always charge them to the Boca fans because they knew the soccer “Thanks to us,” he said. “The two 10 greatest in his history we gave them to him, first with Diego and then with (Juan Román) Riquelme.”

The president also mentioned that it is “very different to be a fan of a large team than a small team” and compared them to being “fans of a multinational or SME, which costs everything more”; He said that he also follows the Selection “but he feels differently, the club is more irrational, more emotional”; and stressed the importance of soccer for Argentines, according to Télam.

“The soccer It is a passion with which I suffer and enjoy. We all, to a greater or lesser extent, have a love for soccer; Argentines complete our soul, it is part of our identity. And that’s what I most rescue from soccer“he concluded. 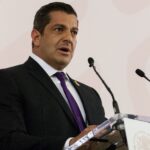 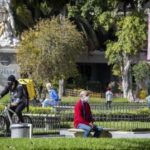