Starting tomorrow, a group of commercial activities will be able to operate again in the City. What extra cost are the owners concerned about?

Starting this Tuesday, May 12, it is scheduled to reopen the shops closeness in the Buenos aires city, except clothing and personal services, but many will have difficulties due to a labor requirement: they must pay you remis or taxi to their employees to prevent them from using public transport.

Juan Elías Pérez Bay, president of IDEA Pyme, said that This will be “impossible” for small and medium businesses.

“If they go back to work, the market they have today is hopefully half the market before the pandemic,” Pérez Bay emphasized, adding that “They are hardly going to sustain the fixed cost with these sales volumes. “

“Daily transport by private means of transport is more expensive than the salary of the employee In most cases“said Pérez Bay.

Roberto Semino, from the Semino & Partners study, explained that the rule that subsists in AMBA (CABA and the so-called Greater Buenos Aires), except for essential activities or essential personnel, the general prohibition of working in person. ”

Exceptions will only be authorized if the employer guarantees the transfer of workers without the use of the public passenger transport service for buses, trains and subways.

To do this, it may contract free-offer urban and suburban automotive transport services, vehicles enabled for the taxi service, remis or similar, provided that the latter carry a single passenger on each trip.

“Not being included among the essential activities, at least for the moment, the shops proximity that can be authorized this week in CABA are obviously not authorized to use public transport, “said Semino. 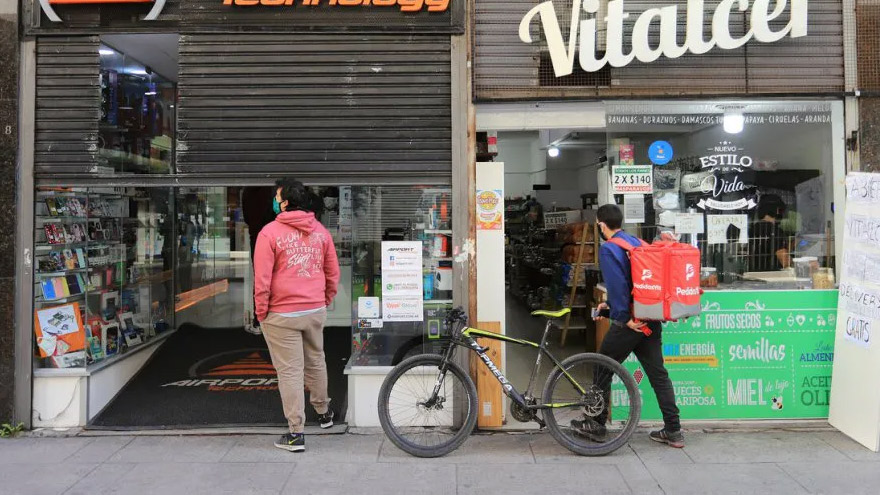 Workers must, for their part, process circulation permits and registration in the National Government app.

The Government, however, authorized the use of City government ecobikes or private bicycles.

But can he employer ask the worker to go to work walking or cycling?

The Labor Contract Law obliges a worker and employer to act in good faith, Semino recalled.

But it is possible that controversy may arise in dubious situations where the employer request the transfer by the worker’s own means, walking or cycling, for example, and the worker considers that it is not possible to do it for distance reasons or for another material impediment, warned the labor worker.

“The standard is clear in the sense that the employer must “guarantee” the transfer to the workplace without the use of public transport and this forces him to assume the consequent cost of the alternative means and in doubtful cases the issue should be resolved based on the principle of good faith and reasonableness, “said Semino.

It is foreseeable, Semino considered, that many stores do not have the dependent personnel that work there.

On the one hand, those over 60 years of age, personnel who are pregnant, obviously risk groups for their health, and those who are essential for the care of their school-age children are prohibited from attending.

On the other hand, all those residing at a distance from their workplace that reasonably and in good faith prevent them from moving by their own means and their employers are not in economic conditions to assume the highest cost that the use would generate would not be able to work. of taxis, remise, combis or suitable alternative means of transportation.

It is also recommended that Employers contemplate and foresee how they will act with respect to the personnel who normally travel by bicycle or equivalent means on those days when the weather situation prevents their use.Semino pointed out.

For his part, Hernán Cuenca Martínez, from PwC Argentina, said that “in cases where the activity is not essential, it will be the employer’s obligation to provide the adequate means of transportation so that the employee can provide services.”

“Some companies, particularly those that have plants in Greater Buenos Aires, have in themselves trunk transportation services for the transfer of personnel, with various routes. It is to be expected that, in these cases, this type will intensify service, either with a higher volume of vehicles or travel, “said Cuenca Martínez.

But the PwC labor worker warned that the safety and hygiene protocols established by each industry should be analyzed, considering the number of personnel that will provide services and the shifts in which this will take place. 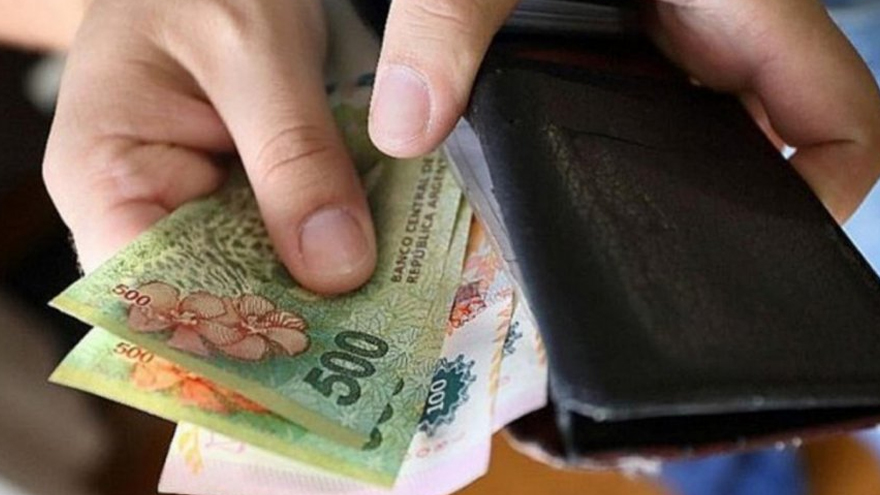 The extra cost that implies that employees drive by taxi or remis, worries merchants

Under this new scenario, employers and employees they are in the situation of determining who will pay the older ones per diem of mobility that workers will have to face that they cannot move on public transport as they usually did, said M. Bárbara López Lagoria and Micaela Benayas, from In4action.

The Viatic it is the amount of the expenses that the worker has to carry out on the occasion of the transfers that are ordered by the employer; either for mobility expenses that include those destined for transport, food and the hotel, in addition to other expenses inherent to the task to be carried out, such as telephone communications, call center, gasoline, etc.

The employers When evaluating your payment, they must take into account certain issues and characteristics that will determine their tax treatment, for example in social security if they are remunerative or not and in Income Tax if they are taxed or what percentage can be deducted.

The Labor Contract Law establishes that the per diem They will be considered as remuneration except in the part actually spent and accredited by means of vouchers, except as provided in particular by professional statutes and collective labor agreements.

That is, employers who bear the cost of the per diem of their employees who cannot justify their expenses with the corresponding vouchers must take into account the impact of the per diem itself plus the social charges, López Lagoria and Benayas warned.

For workers, per diem that they are reinstated by their employers will have the prejudice that they will be considered higher income and therefore subject to income tax and the advantage that they will be taken into account in the event of future compensation, López Lagoria and Benayas added.

While the per diem reimbursed by the employer will be subject to Income Tax, workers in dependency relationship can deduct as travel expenses the amounts set by the Collective Labor Agreement corresponding to the activity in question or, if not stipulated by agreement, those effectively settled in accordance with the documentation that accredits it, and up to a maximum of 40% of the non-taxable profit.

“Under these scenarios, the employers who assume the transport costs must contemplate not only the amounts thereof but also the higher labor and tax costs associated with them “, López Lagoria and Benayas. 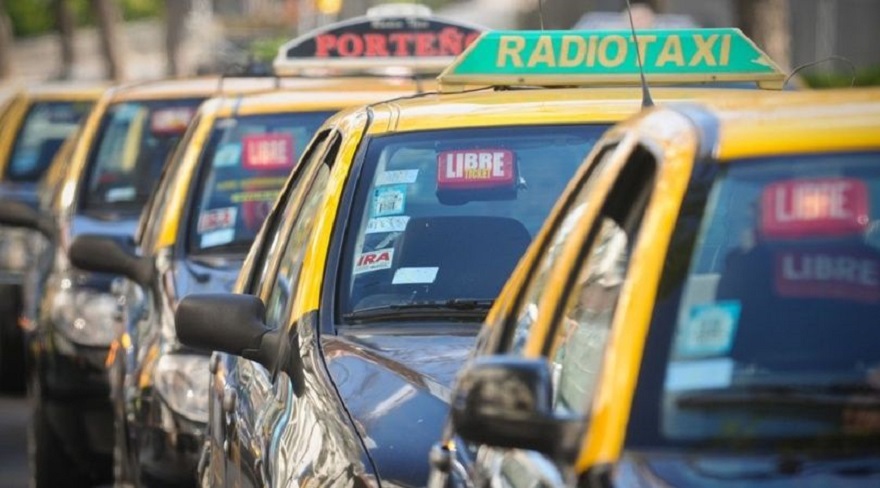 How employees will get to businesses worries employers

What shops can open?

-Sale of food and drinks: “Takeaway” format in restaurants, bars, breweries and other gastronomic venues. From 11am and no closing time limit, from Monday to Monday.

-Construction: only excavations and demolitions. Monday to Friday from 6 a.m. to 2 p.m.

-Administration of private schools and non-university training institutes: From 11am and no closing limit.

-Itinerant city supply neighborhood trade fairs: stalls located on the road and more distant street closings so that attention is on the street, with demarcation, and also, delivery service or order by cell phone. They will open progressively according to the day from 8 to 14 and from 15 to 21. Those close to transfer centers will not open.

-Arid waste treatment plant, construction debris and constructions in the City’s recycling center in Bajo Flores, with a particular protocol.

-Movings: from Saturday 16/5 only on weekends.

Departures to make non-essential purchases can be made according to the final ID number. Even, odd days, and odd, odd days, Monday through Friday. 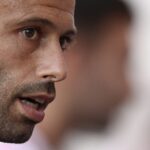