By David Shepardson and Jonathan Stempel

(Reuters) – The Berkshire Hathaway Inc conglomerate sold all of its stakes in the four largest airlines in the United States, President Warren Buffett said Saturday at the company’s annual shareholder meeting.

The group had significant airline positions, including an 11% stake in Delta Air Lines, 10% in American Airlines Co, around 10% in Southwest Airlines Co and 9% in United Airlines at the end of 2019, according to its annual report and company reports.

The conglomerate was one of the largest investors in the four airlines.

Airline stocks have been hit hard by the near collapse of travel demand in the United States, amid the coronavirus pandemic.

US airlines are cutting hundreds of thousands of flights and have thousands of planes on the ground, because demand for travel in the United States has fallen 95% and there is no clear schedule for passengers to fly again as before the crisis.

Buffett said the outlook for the airline industry has changed dramatically in just a few months.

“We made that decision in terms of the airline business. We made money out of the business with basically a substantial loss,” Buffett said. “We will not finance a company that … we think will consume money in the future.”

Buffett said Berkshire had invested about $ 7 billion to $ 8 billion accumulating stakes in all four airlines, including American Airlines Group Inc.

“We didn’t get anything like $ 7 billion to $ 8 billion and that was my mistake,” added Buffett at the company’s annual meeting, which was streamed live on the internet. “I am the one who made the decision.” 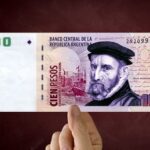