By Sharay Angulo and Anthony Esposito

MEXICO CITY, May 8 (Reuters) – Mexican President Andrés Manuel López Obrador said on Friday that next week he hopes to unveil a proposal to return to normal after overcoming the peak of contagion from the coronavirus, while key sectors such as The automaker is pressing to restart operations after weeks of suspensions.

The lifting of restrictions implemented by Mexican authorities to contain the local spread of the outbreak to China in late 2019 would be gradual, by region and sector, according to the president.

Mexico reported a new daily record of deaths from the new coronavirus on Thursday, with 257 more deaths in the previous 24 hours for a total of 2,961, and they estimate that the country is currently at the peak of the pandemic.

“On Monday they are going to present me with an initial proposal and we already want to make it known to you and Mexicans on Wednesday or Thursday,” said López Obrador at his daily press conference on the work of analyzing the situation that they are carrying out. members of his cabinet.

Different Mexican economic sectors whose production is linked to value chains with the United States have pressured the Mexican government to reactivate non-essential economic activities suspended since April by the Government of Mexico at least until May 17 in some areas and until June 1 across the country.

The Mexican president has said that the resumption is a unilateral decision linked to the evolution of the pandemic but that talks are being held with US authorities to coordinate the restart of production processes.

One of the sectors facing the most pressure to reopen is the automotive industry, which is the backbone of Mexico’s manufacturing sector and is strongly integrated with the rest of North America.

Mexico’s auto production and exports collapsed in April, after the coronavirus pandemic forced plants to close and undermined consumer demand for new vehicles.

Industry sources say May 18 is seen as a tentative date to start reopening the automotive sector, but that depends on whether the Ministry of Economy or the Executive gives them the green light.

“Until now, the plan is to (restart) on May 18. This is unofficial since, until now, the automakers have not spoken because they need the endorsement of the federal government,” said Cuitláhuac Pérez, president of the automotive industry’s Cluster Aguascalientes state in Mexico.

“If the endorsement of the presidency of the Republic is given, then the start would be gradual since the production requirements received (from customers) for this month show a reduction of more than 30% compared to three months ago,” Pérez said. . General Motors is informing workers at its Silao facility in central Guanajuato to prepare for a possible restart on May 18, according to two plant workers, although a company spokesperson in Mexico said operations were not they can be restarted until the government publishes the reactivation plan and the date.

The firm has issued safety tips for employees, which include taking their temperatures at the plant’s entrance and keeping a distance of 1.5 meters from other people, according to a company document.

“There is no confirmed date yet. And we will not start until the Ministry of Economy publishes the date from which we could return to work,” said the spokesman for GM Mexico.

Local shipowners were asked to complete a self-assessment by the Mexican Social Security Institute (IMSS), which would be used by the government to decide whether workers can return to their jobs safely and plants can reopen, two industry sources said. to Reuters.

The questionnaire asks companies to rate their compliance according to various standards of engineering, administration, personal protective equipment, training and health promotion, in order to diagnose whether they meet the conditions to keep workers healthy.

“It is a self-assessment, but it is also the measure with which we will be measured,” Pérez said, although other sources indicated that it is a draft and the final requirements that the health authorities require are unknown. (Additional report by Raúl Cortés Fernández and Daina Beth Solomon) 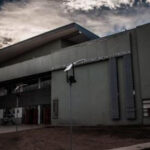