LONDON, May 13 (Reuters) – OPEC cut its forecast for global oil demand in 2020 again in the face of the global recession caused by the coronavirus outbreak, although it said the historic reduction in supply from the group and other producers has already they were helping to balance the market.

The Organization of the Petroleum Exporting Countries estimates a contraction in global demand of 9.07 million barrels per day, or 9.1%, this year, it said in its monthly report, released on Wednesday. Last month, OPEC expected a contraction of 6.85 million bpd.

To deal with the slump, OPEC and its allies began record cuts in their supply on May 1, and other producers, including the United States, have also said they will pump less. The restrictions are already paying off, the group said.

“Rapid supply adjustments to address the current acute imbalance in the world oil market have already begun to show a positive response, and the balance is expected to accelerate in the coming quarters,” OPEC said in the report.

Oil has recovered to $ 30 a barrel from last month’s low and was holding gains after the report’s release.

OPEC expects to see the biggest drop in demand this quarter and cut its forecast for consumption in the second quarter by 5.4 million bpd. The downside risks continue for demand in the United States, Europe and South Korea, OPEC said.

The group lowered its estimate of global economic growth in 2020, projecting a 3.4% contraction and claiming that the coronavirus crisis “has caused a recession in the global economy, as well as an unprecedented impact on oil demand.”

The supply reduction pact agreed last month involves OPEC, Russia and other allies, an alliance known as OPEC +. The group agreed to reduce production by 9.7 million bpd in May and June.

In its report, OPEC said that its crude production grew in April, as some countries increased production after the collapse of the previous supply agreement on March 6. (Report by Alex Lawler. Edited in Spanish by Janisse Huambachano and Ricardo Figueroa) 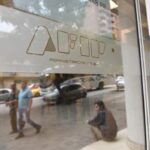 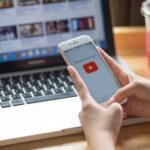