WASHINGTON (AP) – President Donald Trump said Thursday that he believes the United States can never declare a “total victory” over the coronavirus because too many people have died. But he added that for him it will be a triumph when the virus is gone and the economy is fully reactivated.

With more than 60,000 Americans killed by COVID-19 disease, the president noted that the death rate in the United States is lower than in many other countries, and offered the optimistic forecast that the battered economy will have greatly improved in a matter of months and will have a “spectacular” level in 2021.

He also said he is weighing ordering American flags at the White House and elsewhere to fly at half-staff to honor those killed by the virus – a figure already higher than that of all US troops who died in the Vietnam War_, while rejecting criticism from Democratic presidential candidate Joe Biden that he lacks “empathy or concern” for Americans.

“I want the virus to go away, and we want to have an economy full of vitality,” Trump said at an event in the White House organized to highlight the government’s actions to protect residents of the homes of older adults, which have been particularly affected by COVID-19.

Addressing the nation at large, Trump said he did not want people “sitting 6 feet away. I want to take back our country. I want people to go out and watch football and baseball and basketball and hockey and golf games and all these sports, and not worry that they are going to get sick and get very serious. ”

A few days ago, Biden called on Trump to order the White House flags to be flown at half-staff, and accused the president of talking more about how the virus has inconvenienced him than about Americans affected by the pandemic.

Asked about the Democrat’s criticism, the president said lowering the flags at half-staff was among the measures he would discuss with his advisers later Thursday as he weighs how to honor those who have died. He also rejected Biden’s claims.

“I don’t think anyone can feel worse than I am about all the death and destruction that is so unnecessary,” Trump said. “No one thinks about it anymore. No one has spent more time, late at night, thinking about what has happened to this country in a short period. But at the same time, we have to reopen our country. “ 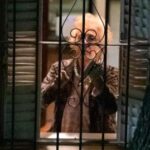 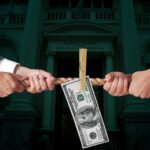