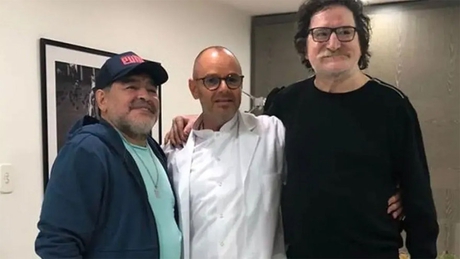 The doctor was associated with celebrities at the local level, such as Diego Maradona, Charly García and Moria Casán. The details of the controversial case

The “doctor of the stars”, Rubén Oscar Mühlberger, will be submitted this Saturday to an investigative statement after the Buenos Aires justice ordered his arrest on Thursday and the closing of his clinic Because he was receiving patients despite not having authorization to operate, according to judicial sources.

The investigation will take place in the afternoon, according to sources linked to the investigation, who also stressed that throughout the day today work was done on the evidence that will be presented in the accusation that will be read to the accused in that act. procedural.

The Mühlberger aesthetic health clinic was temporarily closed this Thursday and its director was arrested by order of the head of the Criminal, Contravencional and Misdemeanors Prosecutor’s Office of the Autonomous City of Buenos Aires, Valeria Massaglia, after a series of irregularities were detected during an inspection.

The news generated a high impact in the entertainment world in which Mühlberger was known as “the doctor of the stars”, something that was correlated in his television appearances and on the clinic’s website, in which it includes images of Diego Maradona, Moria Casán, Charly garcia and Susana Giménez, among others.

The inspection of the clinic located in the Buenos Aires neighborhood of Retiro was carried out by personnel of the Ministry of Health of the Nation and members of the Crimes Against Health Division of the City Police who detected numerous irregularities such as expired medications and pathological residues that were not they respected the treatment protocol.

In addition, the clinic did not have the corresponding authorization to function, despite which it was treating patients.

In this context, the officials in charge of the procedure contacted the Massaglia prosecutor, who determined the closure of the establishment and the immediate arrest of Muhlberger, for exercising a medical activity without the corresponding authorization from the Executive Branch, an infraction provided for in the article. 239 of the Penal Code.

In addition, various pieces of evidence, such as computers, files, and medical records, were seized to be assessed and incorporated into the investigation.

“Many calls” from alleged victims

The Attorney General of the City of Buenos Aires, Juan Bautista Mahiques, revealed this Friday that the Buenos Aires Public Prosecutor’s Office received “many calls from people who claim to be victims for having bought the alleged product `with healing elements for the coronavirus´ offered by the detainee“Rubén Oscar Mühlberger, director of the aesthetic health clinic closed yesterday in the Buenos Aires neighborhood of Retiro.

In addition, he said that it was still not possible to determine if the man has a professional title and if his registration as a doctor is up-to-date, two aspects on which the Buenos Aires Justice awaits “a formal response” from the institutions to which he requested the information in the context of the file that led to Mühlberger’s arrest.

“We ask the corresponding body to inform us if the accused had the title to practice and his registration is up to date, but we still do not have a formal response,” the head of the Buenos Aires Attorney, Juan Bautista Mahiques, told TN. 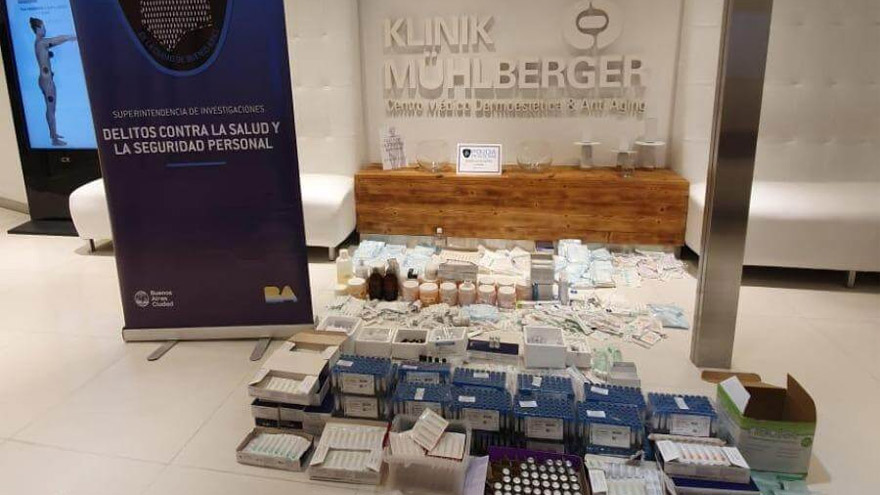 Image of the operation in the Mühlberger clinic.

In this context, he pointed out that, as a result of the “mediatization” that the case took, they received in the last hours “many calls from those who say they have been victims of this man, for having bought a product that he said had curative properties” and that they are willing to “appear in the cause”.

“They are people who did not declare and said that they also had their objections about whether those who attended them had the recognition of their titles.Mahiques added.

In addition, Mahiques confirmed that the head of the PCyF Prosecutor’s Office No. 11, Valeria Massaglia, in charge of the closing procedure of the Mühlberger clinic, “is collecting all the elements and documentation that were seized in yesterday’s search.”

On the other hand, the Attorney General of the City reported that a case was initiated as a result of an investigation carried out by the National Ministry of Health and another for the crime against public health, initiated by the City Police, regarding the lack of authorization that existed on the clinic.

In turn, Mahiques confirmed that there was “an investigation in progress due to the propaganda carried out by the defendant regarding a product that supposedly had curative elements for Covid-19”.

“Although the charges do not have a high criminal scale, from the moral and ethical point of view it seems scandalous,” he added. 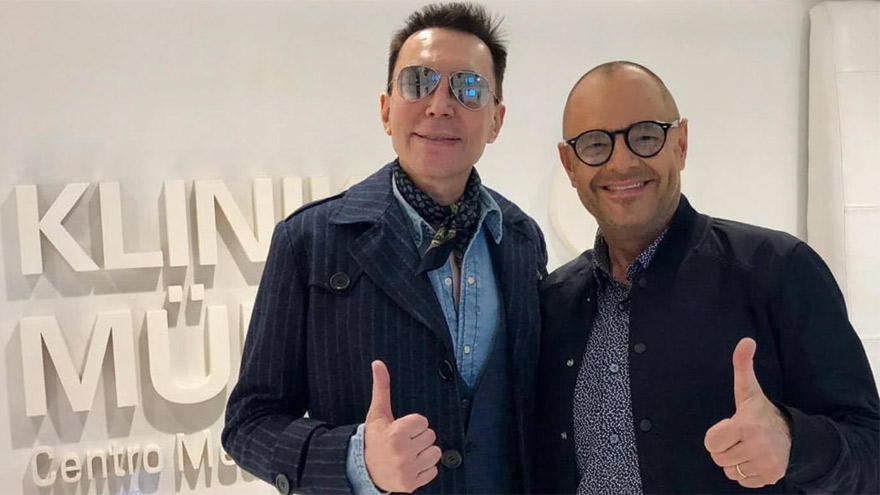 The doctor rubbed shoulders with figures on Argentine TV.

Meanwhile, the lawyer for the accused, Antonio Barrios, assured that the clinic “was not working” and that “there were no patients”, while he said in dialogue with the TN channel that his client “was in good health, but is totally surprised by this. ”

“There is no need to dramatize, the doctor has his diploma and the registration will be an administrative matter that is a minor issue,” added the lawyer.

After confirming that he was yesterday in the raid, but that he left the place, the lawyer said that he is concerned about the detainee’s health because “he is immunosuppressed and it is not a place where he has to be at this time.”

In addition, Barrios confirmed that they are waiting to see the file of the case in which the prosecutor Valeria Massaglia ordered the seizure of various pieces of evidence, such as files, computers and medical records, which will be assessed in the coming hours and incorporated into the investigation. .