Heparin, an anticoagulant substance present in the tissue of the human body, could stop up to 70% the entry of Covid-19, the disease caused by the new coronavirus, into cells. The assertion follows from a study carried out by the Universidad San Pablo and which had the collaboration of English and Italian scientists.

The study, which has not yet been reviewed by other scientists, was published Monday by the São Paulo State Research Support Foundation (Fapesp). The document states that the drug, In addition to combating bleeding disorders that can affect the pulmonary vessels and the oxygenation caused by SARS-CoV-2, it appears to have the ability to “hinder” its entry into cells..

The scientists performed laboratory tests on cell lineages from the African green monkey kidney (Cercopithecus aethiops) and found that heparin reduced cell invasion by the new coronavirus by 70 percent.

“There was evidence that heparin, which is a drug that performs various pharmacological functions, also had the ability to prevent viral infections, including from coronaviruses, but the evidence had not been very strong. We were able to demonstrate this property of the drug in in vitro tests ”, said Helena Bonciani Nader, professor at Unifesp and coordinator of the project on the Brazilian side, who was quoted by the FAPESP news agency.

The Brazilian scientist and the group she leads have been studying glycosaminoglycans for more than 40 years, as the complex carbohydrates to which heparin belongs are called.

They developed the first low-molecular-weight heparins, used clinically as anticoagulant and antithrombotic agents, even in patients with COVID-19.

During the heparin study, the group discovered that, in addition to serving as a coagulant, this drug can bind to various proteins. Among them are “those of growth factors and cytokines, which bind to specific receptors on the surface of target cells”.

This led Unifesp scientists, in collaboration with English and Italian colleagues, to assess whether the surface protein of the new coronavirus – called the spike protein and which is responsible for the infection of the cells – bound to heparin.

Experiments confirmed that when heparin binds to the tip proteins of SARS-CoV-2, causes a conformational alteration in these molecules that would lead to a kind of “block” for the virus.

“If it does not enter the cell, the virus cannot multiply and is unsuccessful in infection,” Nader explained.

Last week, preliminary findings from New York doctors suggested that the use of anticoagulants could increase the survival chances of more seriously ill patients.

Valentin Fuster, chief physician at Mount Sinai Hospital and one of the study’s authors, said in an interview cited by the Washington Post that observations are based only on a review of medical records and that More rigorous and randomized studies are needed to draw broader conclusions, but the results are promising..

Since March, when the pandemic hit several countries in Europe and the United States, doctors have observed mysterious blood clots, which can be gelatinous or even semi-solid, in a significant subset of patients with coronavirus.

Autopsies on patients who died from respiratory arrest have shown that some had unusual microCLOTS in their lungs rather than the typical expected damage. And last month, a group of doctors published in the New England Journal of Medicine about five unusual cases of COVID-positive people in their 30s and 40s who experienced major strokes..

Among patients who were not being treated with respirators, those treated with anticoagulants died at rates similar to those who did not receive anticoagulants. Although they lived longer, an average of 21 days compared to 14 days. For ventilator patients, the difference was even more significant. About 63% of patients who did not receive the drugs died compared to 29% who received the treatment.

Another critical finding of the study is that the administration of anticoagulants to these patients turned out to be relatively safe.

As a result of the analysis, Fuster said, the hospital system changed its treatment protocols several days ago to begin administering higher doses of anticoagulants to COVID-19 patients.

Deepak Bhatt, a professor at Harvard Medical School who specializes in interventional cardiology, called the article “a very important study.”

“What we are thinking about is what we do now that we know” in terms of treatments, he added. 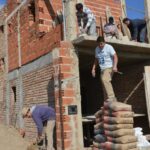 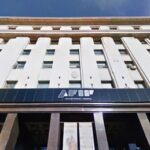