After the announcements of the signings of Carlos Sainz Jr for Ferrari and Daniel Ricciardo for McLaren this Thursday, this is the provisional starting grid for Formula 1 for 2021:

The British Lewis Hamilton (35 years), current champion and with a contract until the end of 2020, repeats that his intention is to continue with the star’s brand, with which he has won five World Cups (he has six, one with McLaren).

Finn Valtteri Bottas (30), also under contract until the end of 2020, could be threatened by George Russell, raised in the Mercedes youth affiliate.

Toto Wolff, the team boss, says he wants to keep the current couple, although he adds that he cannot “ignore” the departure of the German Sebastian Vettel (32) from Ferrari at the end of the year, to the benefit of Sainz.

Monegasque Charles Leclerc (22 years old) has a contract until the end of 2024. He will be accompanied in 2021 and 2022 by the Spanish Sainz Jr (25 years old), who will leave McLaren at the end of the course.

Dutchman Max Verstappen (22 years old) renewed until the end of 2023.

Alexander Albon (24 years old), the British who competes with a Thai license, concludes his relationship in late 2020.

Helmut Marko, the Red Bull talent grabber, does not appear open for a return from Vettel, the man who won four World Cups with his team at the moment.

Frenchman Esteban Ocon (22 years old) has a contract until the end of 2021 and another optional year.

To replace Ricciardo at the end of this season, the track of the Spanish Fernando Alonso (38), retired but double world champion with this team (2005 and 2006), gains strength.

The British team has enlisted the services of Australian Daniel Ricciardo (30), one of F1’s heavyweights, for “several years”, counting from 2021, alongside the British Lando Norris (20), trained in the subsidiary of pilots.

– Racing Point (Mercedes engine, will be Aston Martin in 2021)

The Mexican Sergio Perez (30) has a contract until the end of 2022. His Canadian teammate Lance Stroll (21) could stay in the team for a long time, since his father is part of the owners of what will be the Aston Martin team in 2021.

Russian Daniil Kvyat (26) has a contract until the end of 2020, as well as his French teammate Pierre Gasly (24), relocated last year to the Red Bull satellite team, after not convincing in the latter team.

Both Finn Kimi Räikkönen (40 years old) and Italian Antonio Giovinazzi (26) have a contract that ends in 2020. The former, world champion in 2007 with Ferrari, must decide whether to continue or opt for withdrawal.

Danish Kevin Magnussen (27) and Frenchman Romain Grosjean (34) finish their contract this year. His position is precarious due to the lack of results of the team and his problems on the track.

The British George Russell (22), with a contract until the end of 2021, aspires to have a steering wheel in Mercedes, being a product of his quarry. Canadian Nicholas Latifi (24), who will play his first season in F1 in 2020, has not yet competed in a grand prize.

In addition to Vettel, who has asked for time to reflect on what matters to him in the future, and Alonso, who does not hide his interest in returning to F1, the German Nico Hülkenberg (32), forced to take a gap year in 2020, I would not miss a good opportunity.

Note: The postponement of the introduction of new cars from 2021 to 2022, as an economic measure due to the coronavirus crisis, could change the transfer plans of several teams. 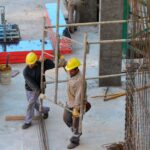 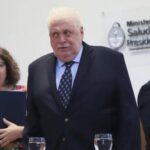