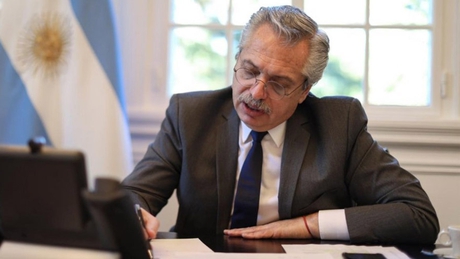 As part of a meeting at the Olivos farm with part of his team, the President evaluated the evolution of the contagion curve

As he announced during the last extension of the quarantine, Alberto Fernández is defining the details to extend the isolation beyond May 10.

In a meeting on Saturday in the fifth of Olivos, the President confirmed that health must continue to be in the first place, beyond the current economic crisis.

“If today were the day I had to decide to extend the mandatory quarantine, I have no doubts: I extend it for two more weeks“would have been Alberto’s words in the privacy of the meeting.

In fact, the Minister of Health, Ginés González García, stated that same Saturday that “Coronavirus quarantine to continue after May 10.”

“The quarantine will continue. It will have different ways, as it begins to have depending on the geography of the country. A province that has no cases is not the same as one that has community circulation, “said the official.

“The measures that we must have in the care in each of these places are not the same. We always work with phases, in this last one there were modifications with respect to the previous one and I calculate that it is going to move to a new phase”, completed the concept the official, from Córdoba, where he was together with the Interior Minister Eduardo de Pedro, delivering diagnostic tests and respirators.

The President also recognized that the exit from the quarantine will not be quick. During the last announcement of the extension, which started “phase 3” of social isolation, which will run until May 10, The Government announced that two other stages are planned until the restrictions are lifted.

Fernández said that “we open ourselves to a new challenge” and asked the population that “we all understand that we are in a new stage.”

“We have two more stages planned until the end of the time when everything is released,” said the president from Olivos and requested that “in all activities that begin,” all necessary precautions be taken to minimize the possibility of contagion ” .

Fernández warned that there is still “far from saying that this is finished.” And while he stressed that “we have come a long way”, this “does not mean that the issue is resolved”, in a presentation from the Olivos residence.

On that day, he also assured that his “greatest concern is that the day after the pandemic, the economy will resume its activity as soon as possible.”

In this context, the Minister of Productive Development, Matías Kulfas, stated this Saturday that In the industrial sector, it is being analyzed which new sectors could begin to resume activity in May.

“The different plants that can start operating are being analyzed in the industrial sector,” the minister said this morning.

In that sense, he indicated that “May is going to have a significant increase in the amount of activity that is going to be incorporated. “

“If we look at the employment side, 43% was what was working until recently. Then we went above 50% and I think that now another important leap can be made in May,” said the head of the Productive Development portfolio. .

The national government applied mandatory social isolation on March 20 due to the coronavirus pandemic, and after successive extensions extended it until next May 10.

Kulfas explained that the government’s objective is “to avoid the closure of companies and massive layoffs” in the pandemic, and maintained that economic activity “begins to take on another color” due to the opening of sectors in different provinces. 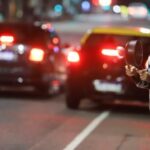