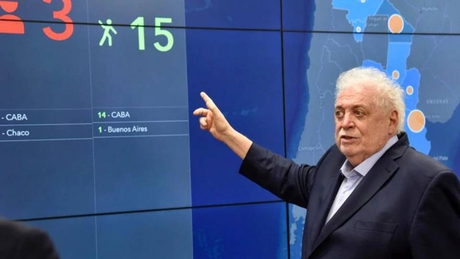 The national government begins a series of meetings to define the evolution, starting next Monday 11, of the mandatory isolation

The national government begins a series of meetings to define the evolution, starting next Monday 11, of the social, preventive and compulsory isolation to mitigate the advance of the coronavirus in the country, official sources reported.

In this framework, the Minister of Health, Ginés González García, will receive this Wednesday the medical committee of experts, made up of epidemiologists and infectious diseases, to assess the evolution of the quarantine of “geographical segmentation” that the country is currently going through.

The meeting will be held after noon in the Health portfolio and González García will be accompanied by his entire team, led by the Secretary for Access to Health, Carla Vizzotti, in charge of publicizing the daily reports of cases of Covid-19 .

This meeting is the previous step to the meeting that President Alberto Fernández plans to hold in the next few hours with governors and the head of the Buenos Aires Government, via teleconference, to define the evolution of the phases.

These two consultation mechanisms were inescapably established by the head of state before making every decision regarding isolation, from the first phase of the quarantine, announced on March 19 after meeting with governors, and which began the following day. .

On April 25, when announcing the entrance to the current phase of “geographic segmentation”, Fernández announced that to move to the next one – called “progressive reopening” – the doubling time of contagion of the Covid-19 would have to be older than 25 days, situation to be evaluated before deciding how the isolation continues from next Monday.

The doubling time of infections for the current phase is between 15 and 25 days of doubling, data that marks the speed of spread of the coronavirus, which, when the mandatory quarantine was ordered, on March 20, was 3.3.

The phase of “geographic segmentation” authorizes, according to the Decree of Urgent Need (DNU) of April 26, a social mobility of up to 50% of the population and, to enter the “progressive reopening”, increases it until reach 75% mobility.

The novelty that Fernández announced in the third extension was that in this phase, due to epidemiological criteria, the quarantine remains strict in the most populated regions of the country.

In any case, the President made it clear that the evolution will be governed exclusively by the national government with respect to the so-called “large urban agglomerates”, because they are the places with the highest transmission of the virus.

In the last hours, governors like those of Santa Fe, Omar Perotti; from Salta, Gustavo Sáenz; from Mendoza, Rodolfo Suárez; They have already spoken to the Chief of Cabinet, Santiago Cafiero, who is in charge of issuing resolutions to lift items or activities.

In this direction, Cafiero receives this morning the head of the Buenos Aires Government, Horacio Rodríguez Larreta, and his Minister of Health, Fernán Quirós, who led him to the proposal to lift the ban on “take away”, the method by which people can buy a coffee or some gastronomic product in a store and take it, among others.

Cafiero added to the meeting the Interior Minister, Eduardo ‘Wado’ de Pedro, and the Legal and Technical Secretary, Vilma Ibarra. 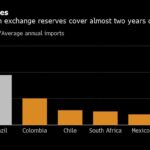