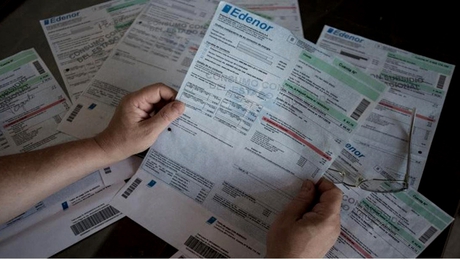 The National Electricity Regulatory Entity (Enre) ordered the electricity distributors of the Buenos Aires metropolitan area (AMBA), Edenor and Edesur, to bill real consumption to small and medium-sized companies and industries, according to the agency.

In this framework, it established that “SMEs and industries that have received invoices with estimated consumption, with differences from actual consumption, may challenge the billing before the distribution company, which must re-invoice based on the actual demand presented by users and users “.

The information added that the agency “enabled the reading of meters for T2 and T3 users, with the endorsement of the Ministry of Productive Development.”

This morning, the General Business Confederation (Cgera) had denounced the collection of “estimated consumption” by electricity companies during the period of social, preventive and compulsory isolation, in which SMEs “had to stop production.”

“We are going to make a presentation to regulatory agencies so that these inaccurate and abusive invoices are not collected or that collection is suspended until they can control it or that they charge actual consumption,” the president of the Economic Confederation of the Province of Buenos Aires (Cepba), Guillermo Siro, also a leader of Cgera.

In this regard, he noted that, “Because they do not send people to control the meters, they are using invoices and values ​​in the productive, industrial and also residential sectors of the months in which there was activity, without taking into account that since March, 70% of businesses and factories have had no activity or consumption “.

Meanwhile, as reported this afternoon by Enre through a statement, he also instructed Edenor and Edesur to implement their respective sanitary protocols, within the framework of the sanitary and security measures of the national authorities and of each jurisdiction.

El Enre recalled that the new measure adds to yesterday’s decision regarding consumption estimates made by both distributors for residential users.

Through resolution 27/2020, published today in the Official Gazette, the agency instructed distribution companies to estimate residential consumption using the lowest consumption record corresponding to the same estimation period of the last three years (2017, 2018 and 2019), “until the meter reading activity is reestablished”.

“The objective of these measures is to protect the rights of users, providing certainty in the face of billing problems generated by distribution companies,” explained Enre.

SMEs received electricity bills corresponding to the mandatory quarantine period in which they are charged “estimated consumption”, despite the fact that “they had to stop production” due to the coronavirus pandemic and they are with the lights “totally off”, according to the complaint. the General Business Confederation (Cgera).

For this reason, they asked the State to “fulfill the role of controller” before the energy providers, which according to Cgera are charging “$ 100,000 of basic consumption.”

These “inaccurate and abusive invoices” arise from the fact that “they do not send people to control the meters”, so “they are using invoices and values ​​in the productive, industrial, and also residential sectors of the months in which there was activity without taking into account that since March, 70% of shops and factories have had no activity or consumption, “warned the leader of Cgera and president of the Economic Confederation of the Province of Buenos Aires (Cepba), Guillermo Siro.

As a result of this, the entity that gathers the businessmen will make “a presentation before the regulatory bodies” so that the invoices that are in the aforementioned conditions “are not collected or that the collection is suspended until they can control it or charge consumption real, “said Siro.

“Once again, the dominant positions within our value chain are suffocating Buenos Aires businesses and industries since the electric service companies are applying purely collection and inaccurate criteria,” the leader questioned in a statement.

Despite the fact that the factories are stopped and do not spend energy, they are “paying fortunes of minimum consumption,” warned the president of the Argentine Chamber of the Optical Industry (Cadioa) and Cgera leader, Norberto Fermani.

“We have been in quarantine for almost 50 days with the unemployed companies and the minimums that charge you for electricity are terrible,” he questioned, proposing: “They should do something and only charge real consumption because it is unlikely to have to pay $ 100,000 of basic consumer with the lights completely off. ”

Meanwhile, the general secretary of Cgera, Raúl Zylbersztein, criticized that “service companies, especially electric power companies, seem to live on another planet”, and maintained that “taking estimated consumption based on history when consumption is zero is just embarrassing. ”

“It seems that energy companies, like financial companies, continue to be parasitic on working people, and no matter how the country fares, they always earn and get benefits,” said Zylbersztein, asking that “this time, the State comply the role of controller and distribute the quarantine pressure equally. “ 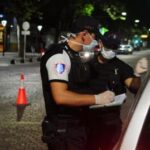