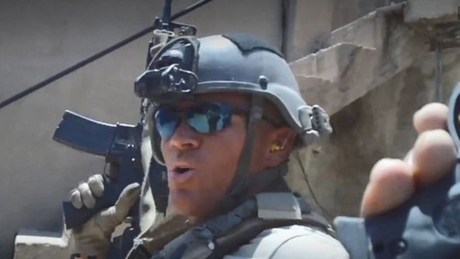 The leader of the attempt is an American mercenary. He claims that the opposition did not pay him what he had promised and that he “fights for freedom”

They called it a “private coup”: a plan to kidnap Nicolas Mature and deliver it to the United States authorities, who offer $ 15 million for the President of Venezuela.

The plan, commanded by the American security company Silvercorp, began with months of training for Venezuelan ex-military personnel in the deserted Colombian Guajira. They had weapons, vests, communications.

Silvercorp had even had contacts with the Venezuelan opposition, open to exploring “all options” to overthrow Maduro.

And so the call was made “Operation Gideon“The leader of which was Jordan Goudreau, an eccentric former US military man who participated in the wars in Iraq and Afghanistan as part of the army’s special forces. He was accompanied by several other former soldiers from that country,” BBC Mundo said.

On May 3, fifty men embarked two boats from Colombia with the ambitious objective of occupying the Miraflores presidential palace, removing Maduro and taking him to the northern country.

But before they even reached their landing point, a town on the Venezuelan north coast called Macuto, were intercepted by Venezuelan security forces. According to the government, eight people died in the confrontation and two Americans were arrested.

Since then, what started as a “heroic” operation to overthrow Chavismo has become a source of ridicule and, according to Venezuelan experts, a new argument for Maduro’s rhetoric against imperialism.

Goudreau, now investigated by the Justice of his country, is the protagonist of a story worthy of a film; for some not of action, but of comedy.

Although the Donald Trump government has denied any ties to Goudreau and the operation, the plan reflects the Washington government’s motto that “all options are on the table” to bring about a change of government in Venezuela.

The name of Goudreau – 43 years old and born in Canada – he reached stardom on May 1. An investigation by the Associated Press revealed the operation led by the former military man, forged in 2018 from Colombia in alliance with members of the opposition and a former ally of Chavismo, former general Clíver Alcalá, who for weeks has been in the hands of justice from the USA.

Goudreau, a decorated member of an Army Special Forces team also known as the “Green Berets”, not only participated in opposition meetings in Bogotá and Miami, but was part of the security deployment of the “Venezuela Aid Live” concert, on the Colombian border, organized by millionaire Richard Branson in February 2019.

After fighting in the wars, Goudreau created Silvercorp a Miami in March 2018. His main offer, according to his extravagant social networks and official website, was to train the police and teachers in the attacks on schools in the United States. .

Part of his strategy, he says in a video, was “to infiltrate anti-terror agents into schools disguised as teachers.”

In a detailed tour of the Goudreau networks, criminologist Giancarlo Fiorella showed evidence on the Bellingcat portal that the agent had participated in and provided security at Trump political rallies.

“All this does not mean that Goudreau is part of the Secret Service. Trump famously uses private security for him and during his rallies, and Silvercorp was probably hired” for these events, explains the expert, who later published another report detailing theories that relate to the Operation Gideon with members of the American radical right.

The BBC station contacted Goudreau but received no response. In an interview with the Venezuelan journalist Patricia Poleo, Goudreau says that although his plan was already known and that the opposition “did not pay him” for what he promised, he launched the operation because he is a “freedom fighter”.

Based on a controversial contract revealed by the former military man, Goudreau hoped to finance his operation with payments made by the opposition, which obtains its funds from dividends from Venezuelan state companies seized by the United States.

Whatever their purpose, in any case, Goudreau and Silvercorp reflect a long tradition of private US companies providing military services to governments and private entities in Latin America and the world.

“We are not retired military,” says Goudreau in another video on networks. “We are an active risk mitigation service.”

More US presence In colombia

The business of geopolitics and drug trafficking “The outsourcing of Defense policy in the United States, as well as in Colombia, has grown greatly in recent decades, especially in the fight against drug trafficking,” Adam Isacsson tells BBC Mundo , a security expert at the Washington Office for Latin American Affairs (WOLA), a think tank.

“In Latin America this type of company has been used more for intelligence support, while in places like Iraq or Africa they carried out military operations more similar to what Goudreau seemed to be trying to do”, Add.

Regardless of whether or not the US government had anything to do with Operation Gideon, US experts and opponents have said that developments like these are the result of putting a figure on Maduro’s head.

In March, the State Department offered a $ 15 million reward for Maduro, to whom US justice accused of drug trafficking. 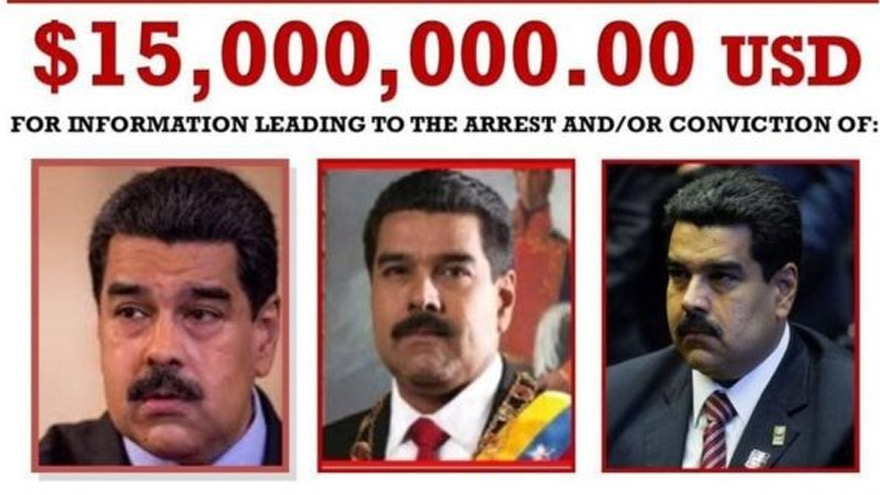 Isacsson has documented the role that dozens of US companies have played in schemes such as Plan Colombia, a millionaire bilateral drug-fighting agreement.

Other US security companies provide services to Colombian mining companies. Its presence in the country is old and entrenched.

Since the end of the Cold War, there has been an emergence of security companies in the United States responding to government initiatives to intervene in complex but small-scale conflicts, especially in Africa, without the political cost – albeit the financial cost – of sacrificing American troops.

According to a 2011 report by the Senate Committee on Homeland Security, between 2005 and 2009 the federal government spent $ 3.1 billion on private contracts for counternarcotics policies in Latin America, an increase of 32% in four years, indicates BBC Mundo.

The reward for Maduro is presented in terms of the war on drug trafficking, a charge that the Chavista president is accused of.

An argument, according to US mercenaries like Goudreau who say they fight for freedom, to deliver a “private coup”. 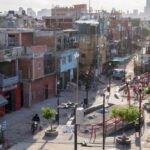