After the intention of the National government, in an agreement with the Buenos Aires and Buenos Aires management, to enable the SUBE card only to essential and excepted workers, the Ministry of Transport had to clarify that the project “is in planning stage and development ”and therefore still no start date.

“The model is under development and will be implemented based on passenger growth in inter-jurisdictional transport, with the aim of avoiding crowds and thus making public transport an eventual focus of contagion. For the moment, passengers will be able to continue traveling with the current modality, “the authorities explained in a statement.

The clarification came after the word “SUBE” became one of the main trends on Twitter due to user complaints.

The measure that sparked the controversy was analyzed on Friday afternoon, during the meeting held by the Minister of Transportation, Mario Meoni, with authorities from the National Government, the City of Buenos Aires and the Province of Buenos Aires, with the aim of delineating initiatives that would guarantee the necessary health recommendations to prevent the spread of the coronavirus in spaces of mass circulation, such as public transport.

Along these lines, they discussed the possibility of using the SUBE card allows to travel only to essential and excepted personnel.

Thus, the districts most affected by the pandemic would have one more tool than “If necessary” It will allow traveling “safely to all personnel who perform essential tasks or are exempt from complying with mandatory isolation.”

However, from the Government they detailed that the measure will not govern transportation within the same jurisdiction, such as the subway. In these cases, “The decision to apply a similar measure will rest with the local government“

The diffusion of the news generated great controversy and sparked hundreds of criticisms towards the Government, reason why from the Ministry of Transport they explained that “the model is under development and will be implemented depending on how the number of passengers increases.” 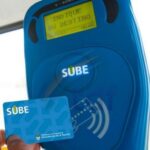 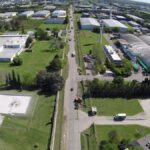