Spanish MotoGP rider Joan Mir renewed his contract with Suzuki for the 2021 and 2022 seasons, two weeks after his teammate and compatriot Alex Rins did, the team announced in a statement on Saturday.

“This pair constitutes a solid and competitive unit for Suzuki, which looks to the future and looks for successful results. This announcement allows us to set an eye on the future and test the confidence of Team Suzuki Ecstar in its young driver,” he said.

Rins, Moto3 champion in his second season at the World Cup in 2017, debuted in the premier class in 2019. The 22-year-old rider finished 12th overall.

The 2020 MotoGP season, which should have started in March, was postponed due to the coronavirus pandemic. The president of the promoter Dorna, organizer of the competition, Carmelo Ezpeleta hopes to “return to the end of July in Europe”, without spectators and with a limited number of people in the paddock.

Before Mir and Rins in Suzuki, the six-time Spanish world champion Marc Márquez renewed four years, until the end of 2024, with Honda. 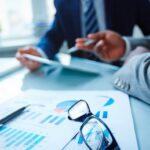 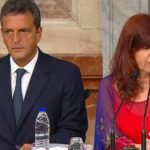