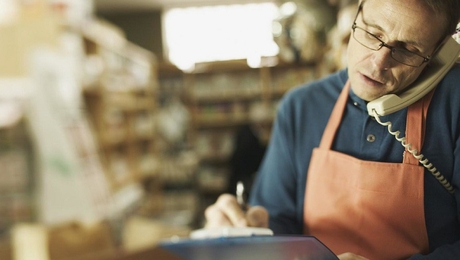 Some 80 chambers indicate that the stock of deferred checks negotiated by SMEs held by banks is around $ 220 billion.

More than 80 chambers representing small and medium-sized companies (SMEs) signed a document on Monday urging private and public banks to put in place financial mechanisms that allow them to “overcome the effects of inactivity in the best and fastest way “economical due to the coronavirus, to avoid cutting the payment chain.

Among the signatories are the General Economic Confederation (CGE); the General Business Confederation (Cgera); the Assembly of Small and Medium Entrepreneurs (Apyme); the Chamber of the Footwear Industry (CIC); the Association of Automotive Dealers (Acara); and the Argentine Chamber of the Small and Medium Argentine Metallurgical Industry (Camima).

In the document, the entities indicate that “the stock of deferred checks negotiated by SMEs held by banks is around $ 220,000 million”, of which “between 35 and 40% expires in April, that is, during and after quarantine mandatory “.

“To this we add the portfolio values ​​that were not deposited and the invoices issued that should have been collected in this period,” they added.

The first proposal that integrates the initiative is “that financial institutions act as credit banks and cover the checks of those clients who have always complied so that they are credited to the accounts that deposited it.”

They also ask for the granting of “a logical term for these low interest rate debts, taking as a reference the 24% offered by the Government”; and that the Central Bank, if necessary, modify regulations, so that banks do not have difficulties in facilitating the aforementioned operations.

In addition, the representatives of the sector asked “to re-profile the debts of SMEs with financial entities” and that the State allocate funds “so that the chain of payments is not cut under any circumstances.”

The document emphasized that the three links that suffer economic inactivity are, in the first place, the commerce “that bought merchandise before March 19 and issued checks for later dates” with the impossibility of covering the values ​​in this situation.

Second is the wholesale distributor or the SME industry, which will have a large number of these checks in their portfolio or delivered to the financial institution in advance, with the risk that they will be rejected.

Meanwhile, the last link “is the medium or large company supplying the previous ones, which has in its possession or delivered a large part of these checks, or direct from financial entities, which, if rejected, will generate great conflict.”

The request is in addition to the different claims that SMEs have been making in recent days against the economic activity stoppage caused by the coronavirus pandemic and the mandatory social isolation decreed to prevent its spread. 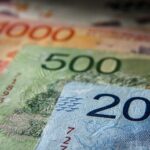