With most of the retail trade enabled to operate in Córdoba capital and the experience of reopening in different provinces, the shopping malls and local shopping malls activate the work to try to open their doors as soon as possible.

Some of the measures they propose to achieve this objective include temperature control for each person who enters, limited influx to one person every nine square meters, less presence of personnel, special signage to respect distances and hygiene measures, special schedules, dispensers of alcohol in gel, strict cleaning measures and authorization by parking sector.

These and other collections are part of the protocol that the supermarkets plan to present to the provincial authorities this week, drawn up at the national level within the scope of the Argentine Chamber of Shoppings Centers (Casc). The entity includes, among other partners, Grupo Libertad (owner of four walks in this Capital and one in Villa María), Irsa (operator of Córdoba Shopping) and Nuevocentro. For the rest of the centers, the proposal also functions as a frame of reference for how they could add to the “new normal”.

“For greater care, the protocol is certified by a medical reference like Daniel Stamboulian. The series of guidelines that it establishes seeks to protect the health of employees and customers, ”said Diego Sabat, director of Legal and Institutional Relations of Libertad.

As indicated, the intention is to bring him closer to the authorities these days and expose to them the experience that is taking place in other provinces. “In the city of Salta, we presented the protocol together with two other large operators, Cencosud and Irsa, and we were authorized to open last Friday. The experience in Paseo Salta is very good so far; All the care measures are respected and we had no observation from the local health authorities, “said Sabat.

In Corrientes, Jujuy and San Juan, shopping centers and shopping malls to open its doors. In them, the advance of the Covid-19 is considered controlled.

In general, permits activate the influx of public to common and local spaces, but they limit gastronomy (food courts) to the “take away” or delivery. And they still do not support any kind of operation for cinemas; haunted by the double trap of closeness between viewers and the global impact on the film distribution chain.

At the local level, there is a perception in centers that something similar will happen here when they are allowed to open; a scene that they now see closer, but to which they do not dare to set a date.

“We are excited to see that retail ranked first in the city. We are working a lot on protocols, Casc’s was developed as a general guideline and can be adapted to the characteristics of each shopping“Added Ignacio Albarracín, commercial manager of Nuevocentro.

The shopping malls have been closed to the public for almost two months and their stores, with the exception of the handful of the “essentials” (especially supermarkets and pharmacies), accumulate the same period without invoicing. That already translates into closings, they admitted from the shopping centers. Although, they agreed, these are few cases at least so far.

In Nuevocentro, four “islands” were removed from a total of 150 spaces. In Grupo Dinosaurio there are “five or six” closings, on a map of between 250 and 300 tenants spread over seven mouths in Córdoba and two in Mendoza. It transpired that in Libertad, which has 1,400 tenants, there were also some casualties.

The centers ensure that every effort is made to retain occupants, but when the game is final, a contract termination agreement is sought. In May and April, the general guideline is not to collect rent, but rather operating expenses or expenses.

The original text of this article was published on 05/13/2020 in our printed edition. 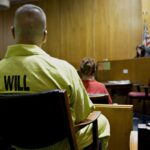