May 9 (Reuters) – Real Estelí became champion of the Clausura soccer tournament in Nicaragua on Saturday, as the sports world is paralyzed by the coronavirus pandemic, which has infected nearly four million people and caused death of at least 274,265 around the world.

Despite the fact that the coronavirus stopped leagues and all sporting events -until the Olympic Games-, Nicaragua did not suspend its soccer tournament, and Real Estelí conquered its eighth title after winning Managua FC as a visitor.

The goals of the match, which ended 3-1, were scored by Mexican Manuel Rosas and locals Brandon Ayerdís and Marlon López in a game that was played without an audience. Also Mexican Carlos Félix scored the only goal for the local team.

While Nicaragua finished its tournament, the Bundesliga announced this week that it will restart activity on May 16 after obtaining the green light from the German government, a decision that opens the door for the other leagues to return to activity little by little, except for those of France and Holland that have already ended their tournaments.

The Nicaraguan League was one of the only four believed not to have stopped its activity, along with those of Belarus, Burundi and Tajikistan.

In Nicaragua, the coronavirus has infected 16 people and killed five. (Report by Carlos Pacheco in Mexico City; Edited by Diego Oré) 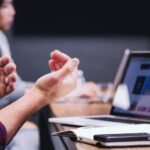 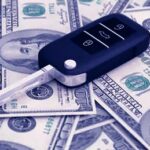