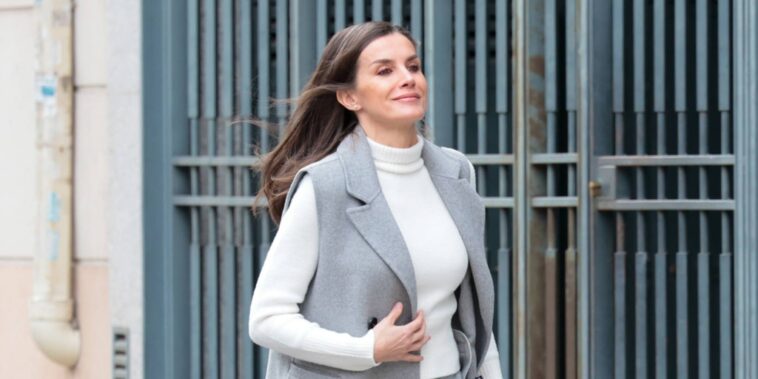 After a weekend in which King Felipe VI enjoyed the snow, while the queen letizia came to support the water polo players, the official agenda of the Royal House returns. The monarch presided over a meeting of the Spanish Association Against Cancer today in Madrid. Defying the cold and doing without the coat, the garment that is most useful in these icy days that half of Spain is experiencing, Doña Letizia has surprised with a new and inspiring ‘working girl’ look.

The queen has released a Roberto Verino long vesta designer whom he has already used on other occasions, and with whom he has met for the last few Princess of Asturias Awards, in the exhibition that commemorated the 40th anniversary of the Galician creator. It is a gray waistcoat, with a lapel collar and double buttons, from last year’s collection. A trend garment this season that, however, is usually reserved for warmer days.

Doña Letizia has combined her new vest with a pleated pants, in the same gray tone, thus creating the illusion of a suit. In addition, she was wearing a white wool turtleneck sweater from Hugo Boss.

Along with the vest, another of the details that has surprised the queen’s styling have been her shoes. Letizia has recovered some comfortable heeled shoes from Uterqüe that debuted in 2020. It is a model with a pointed finish, a V-neckline and a seam in the center, in black, and a 5-centimeter high heel. Despite the cold, it has taken them no stockingsand it is that the queen rarely resorts to it, even though the temperatures are low, like today.

To complete the outfit, Doña Letizia has chosen the black shoulder bag by Adolfo Domínguez that she premiered in Croatia and small diamond earrings.

On the beauty side, she has left her hair loose and has worn her usual makeup in natural tones. 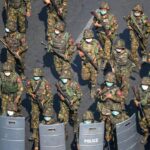 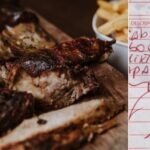