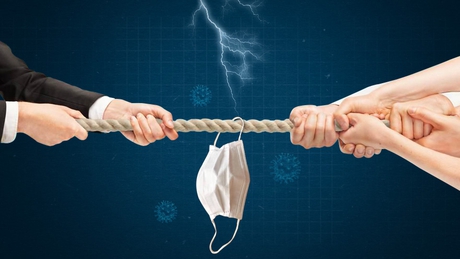 From the municipalities the requests to return to activity are repeated in the face of the deterioration of the social climate and the difficulties in maintaining attendance.

“I need you to tell me when I’m going to be able to open. I can’t continue like this. This month I paid the nine salaries of my employees with your help, but believe me I can’t anymore. They don’t give me the numbers. to close and reopen whenever, after all this happens. But at least I will be able to sleep peacefully. I am not going to owe anyone or continue to increase my debt. ”

The monologue – desperate – was delivered by one of the partners of a renowned bar and restaurant in the southern area of ​​the Buenos Aires suburbs. He was listening to it Mayor, a historical client of the place. It happened last Wednesday. Luis (as the merchant is called) finished with the chinstrap in his hand, in the midst of fatigue.

The mayor was one of those who, during the week, contacted the governor Axel Kicillof to convey stories like that to you. Simple and dramatic. “We have to tell people how we are going to continue. Give them a horizon. A schedule. Everyone understands the difficulties, but just as we are going, it is no longer enough, “says the communal chief.

That is what will happen today Friday. After 50 days of confinement, actually relaxed in the last days, Alberto Fernández preparing to take the boldest step since he ordered mandatory quarantine in mid-March.

Under great social pressure and economic power, the President will decide – after a face-to-face dialogue with health advisers – the new phase of isolation.

Conditioned by an economic activity that was already very weak, but that in the weeks of the pandemic registers a vertical drop, Alberto F. will give the green light for some 1,000 large industries operate again. And that the same happens with commercial sectors both from the City of Buenos Aires and from the suburbs.

Alberto Fernández, Axel Kicillof and Horacio Rodríguez Larreta have permanent dialogue to define the next steps in the quarantine

Shopping centers and restaurants will be excepted, except for delivery or the so-called take away.

In both cases -industries and shops- there will be a strict protocol that will have to be fulfilled. In the case of industries, the focus will be on the transport that workers will use to get to the plants, and there will be a flexibility in shifts to respect the social distance of employees.

For businesses that reopen it will be necessary that the entrance to the premises is controlled. It will include everything from toy stores to bazaars and appliance chains. In some cases it will be mandatory take turns before attending.

In the suburbs, some mayors devised species of “safe conducts” so that trucks moving from one locality to another can transit through there, with the aim of loading merchandise. For example, construction materials for public works.

They also analyze the reopening of the “auto” version of fast food outlets, type “AutoMac”. Also, with a protocol so that there is no contact between buyer and seller.

In a dialogue with iProfesional, the head of ministers of one of the strongest city councilors in the conurbation was honest: “At first it was easier to sustain the quarantine: people were scared by what they saw in Europe. And in the first weeks, we had many donations. In the last two they loosened, it is logical. Everyone helped, from the big ones food factories and of Cleaning products even merchants. The only exception was the supermarket chains “, says the official.

Until here there was also an unprecedented political communion between different sectors. From the side of the rulers, the dissolution of the crack between the ruling coalition, the head of the Buenos Aires government and the rest of the opposition governors.

There was also an undeniable alliance between those politicians of different origins with businessmen and social leaders. “I saw him working side by side at Horacio Rodríguez Larreta with the leader Pitu Salvatierra “, tells a witness of that confraternity forced by the coronavirus.

Saving the “reserve” in case you have to go back

The idea that quarantine has reached a need for plasticity is shared by those who monitor the political scene on a daily basis.

“May is the limit. Among people, for now the coronavirus is still more concerned than the economic situation. But I perceive that this scenario will turn around once June begins,” reflects the political scientist. Lucas Romero, director of the consultancy Synopsis.

“There are indications of a decoupling between the economic crisis and the political impact of that crisis, which is largely attributed to the pandemic,” Romero analyzes.

“It is as if Alberto Fernández could say that it is the pandemic received, as if it were an inheritance that fell on him,” he completes, in dialogue with iProfessional.

According to the latest Synopsis survey, only 35% of the population is more concerned about the economic situation than the spread of the virus. Despite the fact that 60% of the respondents admitted that they have dropped the household income.

“Half of those who say that today they get less money, at the same time, maintain a good image of Alberto. It must be taken into account that one in three, among them, did not vote for the current President”, endorses Romero.

However, the political scientist assumes that this positive scenario in political terms for the head of state has little track.

The idea that was installed in all levels of the Government is that quarantine has been hitting the population’s income very hard, and that there is a need to make it more flexible. It is what they are about to announce today.

“If we compare with a tank of naphtha, two thirds of fuel have already been consumed in the 50 days of quarantine. You have to save gasoline in case the numbers get worse and you have to ask people to go back to the houses to save themselves “Romero explains.

The director of Synopsis also shares the idea that, up to here, the Casa Rosada can show that it has fulfilled its objective of preserving the lives of citizens over economic interests.

“It is an asset that has already won,” he says. 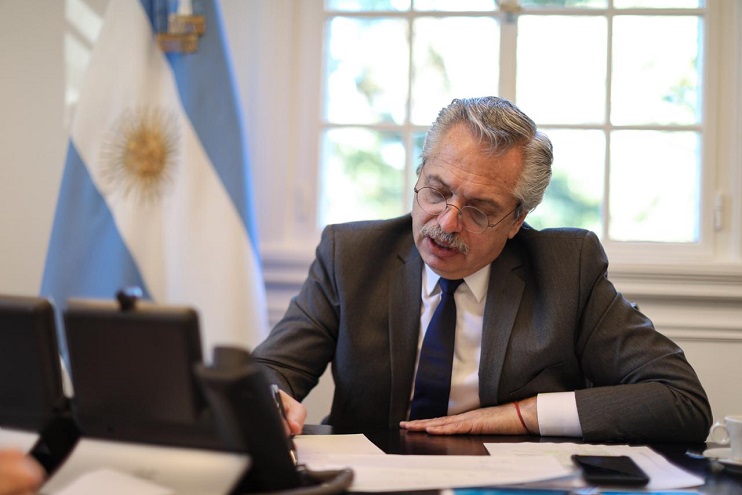 It is true that the Government can show, today, that the statistics favor it. European countries with a notable reputation, like Sweden, have very bad numbers when it comes to concluding whether or not the government of that country defended its citizens.

The same is true of the United States and Brazil, which rejected the application of an ordered quarantine as in Argentina.

There are two data that Alberto F. cannot lose sight of here at the end of the month, which will surely condition his management in relation to the pandemic. The first: the fact that most of the union agreements with the Business They end together with the month of May.

On another plane, apparently detached from that question of interhouse: towards that date, finally, it will be known if Argentina has fallen again into default with your debt.

Neither data will remain alien to the decision on what is strictly sanitary. The economic dynamics cannot be separated from the agreements with the owners of the companies or from the situation with the debt. That is where we are going, inexorably.