The President of Tanzania, John Magufuli, doubted this Sunday the official data of the coronavirus in his country and called for the investigation of alleged irregularities committed in the national laboratory.

The East African country, which announced its first case on March 16, officially has 480 cases of the new coronavirus, including 16 deaths, according to the latest balance published on Wednesday.

However, the opposition accuses the authorities of covering up data and of not taking the epidemic seriously.

“It is possible that there are technical errors or that imported reagents have problems. It is also probable that the technicians are being paid to induce error,” he said in a speech broadcast by the public network TBC.

The head of state asked the new Minister of Constitutional and Legal Affairs, Mwigulu Nchemba, to take over the matter.

Nchemba was recently appointed to replace 74-year-old Augustine Mahiga, who recently passed away becoming the third Tanzanian MP to be killed in just 11 days. No explanations were given for the cause of his death.

In April, Parliament announced that one of its deputies had tested positive for coronavirus, without specifying who.

While most countries on the continent decreed containment measures and curfews, Tanzania only closed its schools, but shops and transport continue to function normally. 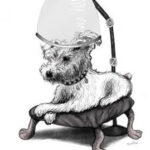 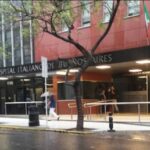