The leader of the Peruvian opposition party Fuerza Popular, Keiko Fujimori, will leave the Lima prison where he is serving preventive detention for 15 months, after a court declared founded the appeal presented by his defense.

The information was confirmed this Thursday by Fujimori’s lawyer, Giulliana Loza, who specified that the release will be specified when the corresponding administrative procedure is fulfilled, which can occur between Saturday and next Monday.

“We have just been notified that the Judiciary has revoked Keiko’s preventive detention. Thank God for this opportunity to live and care for his family, “said Loza.

The measure was taken in response to the appeal of the preventive detention order issued last January and when Fujimori’s defense had also filed another appeal requesting the cessation of imprisonment due to the threat of the COVID-19 epidemic.

In this sense, the resolution ordered that Fujimori The investigation into the alleged money laundering continues. that he is followed for allegedly receiving illegal money from the Brazilian company Odebrecht to finance his electoral campaigns.

It states that You must pay a financial guarantee of 70,000 soles (about $ 20,000) within a maximum period of five business days and it imposes restrictions on him such as not to be absent from his home and to appear every thirty days at a judicial control office.

The magistrates based their decision on the legal arguments that were used to send Fujimori to jail, considering that the suspicion of guilt is not enough to order preventive detention and that the Prosecutor’s Office “does not show due diligence to bring the accused to trial in the shortest possible time“As detailed by the newspaper The Republic, who had access to the full resolution.

This accusation against the Prosecutor’s Office occurs at a time when the special team investigating the Lava Jato case in the country has had to paralyze much of its proceedings and investigations into the COVID-19 epidemic.

Even the prosecutor José Domingo Pérez, in charge of investigating Fujimori, criticized the holding of the hearing in which the request of Keiko’s defense was held, arguing that the health of the participants in this investigation should be protected.

Prosecutor Rafael Vela, who heads the special team, had submitted a request for the court to cancel the appeal hearing and noted that during the COVID-19 epidemic, “opportunistic requests, malicious procedural use of a termination mechanism”Of the preventive prison for those investigated for corruption.

However, the court admitted on Thursday the seriousness of the crime that Fujimori is accused of, but said that neither that, nor an eventual severe sentence or the possibility of escape, “are sufficient after a certain period of time” in prison.

For this reason, it considered that the appearance is “suitable enough“To prevent Fujimori from hindering the evidentiary activity of justice and added that it must”avoid taking an unnecessarily burdensome and therefore excessive measureLike pretrial detention.

The members of the court also mentioned the spread of the epidemic of COVID-19 and assured that the Inter-American Commission on Human Rights has recommended adopting measures to deal with overcrowding in the country’s prisons, including the “re-evaluation of cases of preventive detention” .

Thus, the epidemic appears only as a reinforcement of the liberation thesis, but it is not the central argument that will allow Fujimori’s liberation.

The policy publicly requested this week that COVID-19 tests are carried out in the Lima women’s prison, where the former leftist mayor of Lima, Susana Villarán, is also located, among other measures to protect prisoners in Peru’s overcrowded prisons.

Precisely, this Thursday, the Anti-Corruption Criminal Chamber accepted that Villarán leave the prison where he is serving 24 months of preventive detention while he is investigated for alleged corruption, but in his case to carry out house arrest.

Although a judge had denied his request for his release last week, the Anti-Corruption Chamber accepted an appeal for reconsideration due to the serious risk of contracting COVID-19 in prison for the former Caldessa, who is 70 years old and has several illnesses, including lupus , which weakens the immune system.

The situation in the country’s overcrowded prisons is among the main concerns of specialists, since up to now some 500 infected prisoners and around a dozen dead have been reported, as well as more than 100 infected prison workers and three deceased.

(With information from EFE)

MORE ABOUT THESE THEMES:

Everything you need to know about the coronavirus 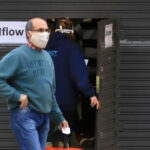 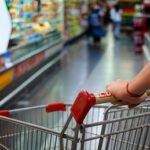