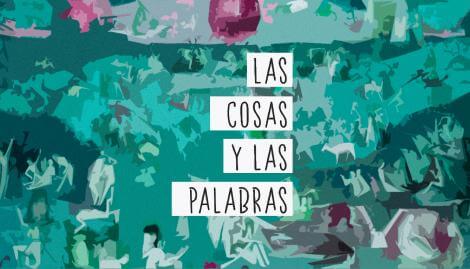 To all the novelties imposed by the running of the bulls, a positive and particular one was added: Dictionary searches increased. The RAE reported that, with isolation, monthly traffic increased by 27%. It is natural if we think that we all feel urged to know how to define the new thing we are bound to facer. The dictionary, a source of certainty, would have a reassuring role in the midst of so much uncertainty.

The dictionary cannot be left behind when preparing an inventory that can be consulted by everyone.

Between the most wanted words, “pandemic” occupies the first place, they accompany it quarantine, confine, resilience, epidemic, virus, triage and care. In these weeks, we have been busy tracing the terms that we use, create and adapt to tell the “new normal”, now the task of the specialists begins: fix a meaning and integrate them into the dictionary.

Just as “movement is demonstrated by walking” and lSpeakers are designing a vocabulary to respond to their communication needs, the dictionary cannot be left behind when preparing an inventory that can be consulted by all.

In this sense, academics -like all beings that meet at this time- began with virtual conclaves to agree on how to reflect so many urgent words that are born and transformed by the need for speakers to define the new.

Although the will to agree criteria to capture these linguistic changes was an engine in which the specialists agreed, the alert voice to get down to work gave it the physicist and scientific popularizer José Manuel Sánchez Ron when he warned that “coronavirus” was not in the RAE Dictionary. “Given that we are at a very particular moment, I think that we should speed up the procedure to include it. It is not about working on an overly detailed definition, something that corresponds to specialized work, but it is useful to the speaker, ”he said.

Of unity, diversity and new meanings

We are tired of hearing that the pandemic equaled us. To some extent it is true, the plague that started months ago in China was gaining ground and became planetary. This is accounted for by the way to name it: epidemic, internationally significant public health emergency -PHEIC, public health emergency of international concern- and finally pandemic. Among the issues that academics will have to settle to shape these new words is diversity. As in other circumstances, a reality has many ways of being named. Thus, according to the region we can find mask, mask or chinstrap.

Another particular phenomenon is the one pointed out by the philologist and lexicographer Paz Battaner who is less concerned with the new words than with the new meanings: “For me it is more practical to review those forgotten words that are now on everyone’s lips.” Curve, peak, climb and even lockdown They appear in the dictionary, but the meaning with which they are used today was not the most widespread or habitual. For example, “curve” -as a noun- was used to refer to the “curved section of a road, a road, a railway line, etc”. In times of pandemic, the relevant meaning is: “Line that graphically represents the magnitude of a phenomenon according to the values ​​that one of its variables takes. Melodic temperature, mortality curve “.

As the professors concluded, there is a lot of work ahead and the decisions will be “provisional”. As I said at the beginning about the increase in consultations, spread the idea that making a dictionary is a dynamic reality is also positive. It serves to demonstrate that, basically, the only thing the language is concerned with is naming what is happening and that this gerund does not stop. 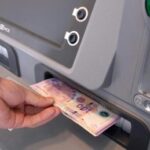