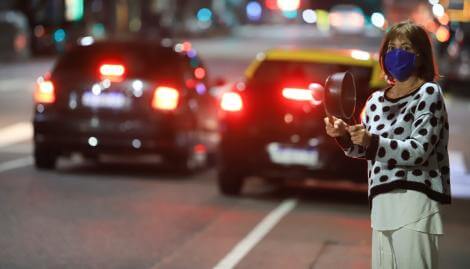 Neighbors from different points of the city of Buenos Aires expressed themselves once again hitting their pans on balconies and terraces, just as it had happened the same day and at the same time the previous week when they had spoken in refusal to grant home prisons prisoners in the context of the coronavirus pandemic.

In this case, the slogan was more comprehensive and launched by opposition sectors directly against the government under the slogan. “Historic Casserole” and “7M Against The Government” with special emphasis on the economic question.

The pan and clap was heard loudly from 20 this Thursday in different Buenos Aires neighborhoods and towns in the Buenos Aires suburbs.

The call was disseminated through social networks as “Historic saucepan against the government across the country” and this Thursday the hashtag of the claim became the first trend in Argentina.

“Because there were superpowers, they reduced pensions, they buy with premiums and they want to take us out of Mercosur,” said a spot made by those who called the claim. And I add: “They don’t have an economic plan and they are melting us down.”

One of the main themes of the claim was the situation that the economy is going through in the face of the cessation of most activities due to quarantine. This week President Alberto Fernández spoke about the topic on the program Truth / Consequence emitted by the screen of TN.

“We are all concerned, but also the health of the people. Argentines have to go through this pandemic with as little pain as possible. I don’t want the urge to work to end up polluting a neighborhood“The president assured. In this way, he said that he will evaluate the situation of the outbreak until the last moment and returned to defend a” gradual “rise in isolation.

He also referred to the controversy unleashed by the release of prisoners, another of the issues that sparked the claim this Thursday and which has been the subject of various casseroles a few weeks ago. “It is not my subject. The issue of prisoners is resolved by the judges, not the government, “said the president.

In addition, he noted that “in the federal system this year there are fewer people released than last year.” Regarding the possible poor performance of some judges in granting benefits to inmates, he considered: “If a judge did something wrong, you should explain it. But that does not mean that it was induced by politics. ” 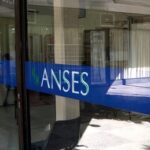 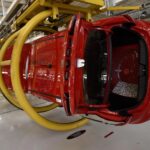