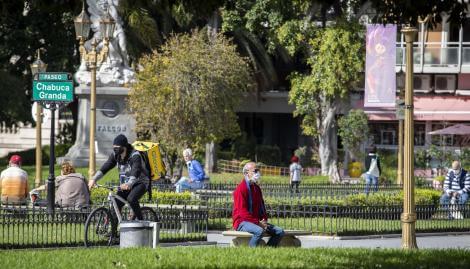 The quarantine It will run until May 24, and this Monday begins a new stage. Although it will not be the same throughout the country, because “the AMBA continues without major modifications”, the City and the province of Buenos Aires prepare to incorporate some news within the restrictions.

It happens that, despite not having reached the peak of coronavirus infections, the need to reactivate the economy, after 50 days of confinement, pushes to start retracing the “new normal”Within the framework of the pandemic.

In this context, The city of Buenos Aires An unknown stage will begin so far, and according to the announcements made this Saturday morning, for it to be successful, changes will be necessary that will have new impacts on the lives of the people of Buenos Aires.

In the press conference, the Porteño chief Horacio Rodríguez Larreta spoke of “gradualness”To make it clear that the return to the activity will be in stages, with some items that will reopen from Tuesday and others from Thursday. This step-by-step was designed to measure the impact that the circulation of people can have on the circulation of the virus.

The new “gradualness” includes the reopening of local shops, of non-essential items, which will be open at specific times; the arrangement of more space to walk on the streets, with new specially marked pedestrian paths; the recreational outings for those under 16 years of age; reactivation of removal service and the system Ecobike; and the return of the itinerant neighborhood fairs (FIAB). While, the clothing, hairdressing and other businesses still have to wait.

For his part, Axel Kicillof He explained that from Monday the Buenos Aires administration will begin to approve the requests to reopen factories. “We are talking about 400 to 500 companies,” said the governor in dialogue with radio Continental. As he pointed out, the companies that will be reached belong to “medium and large size industries”, including “tobacco, metalworking, plastic, light metalworking.” At the same time, he ratified the importance of avoiding the use of public transport by what the transfer of workers must be provided by companies.

According to the new regulations, the establishments will have to provide in detail the organization of the schedules, the distance measures, the security mechanisms and the private transport that each company will count on for the transfer of the operators. This will be evaluated by the provincial government, and if necessary elevated to nation.

Unlike the City, in the province of Buenos Aires there is no unanimous schedule of new activities, but it will depend on each district. “In the province there are very different situations In relation to the evolution of the pandemic and the consequent sanitary measures, the new exceptions that are reactivating depend on the characteristics of each municipality and the situation of the spread of infections, “explained Kicillof.

Meanwhile, all these activities that are resumed in the AMBA territory, with modifications and rigid protocols, are a attempt to respond to the demand to start the economy, which involves millions of Argentines.

However, the authorities agree that the most important thing is the health care of citizens, so Rodríguez Larreta was concerned to make it clear that “the quarantine did not end”, while, his Buenos Aires couple emphasized that “the disease is contained, but not controlled, so we shouldn’t trust ourselves. ” This is just a preview of a new way to start living with the virus in a territory transformed by the advance of the pandemic. 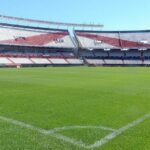 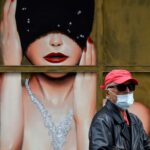