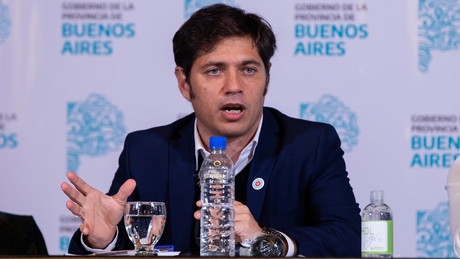 A group of bondholders who control more than 40% of the external debt issued by the Government of the province of Buenos Aires He again rejected on Tuesday the exchange offer made by Governor Axel Kicillof, and urged the president to “negotiate in good faith.”

Faced with this, the Ministry of Finance and Finance of the Province regretted the decision made by the Steering Committee of the ad hoc group of bondholders of the Province in the midst of the talks that are taking place, and reiterates the call for dialogue with your creditors to recover the sustainability of your public debt.

“Today we have to face one of the most difficult historical moments due to the pandemic unleashed by the covid-19. In this context, and with all the effort that it means, we have had, and continue to hold talks on the basis of full transparency and good faith with the vast majority of our bondholders, understanding that a collaborative process is necessary to obtain the expected result, “the Buenos Aires government said in a statement.

The ministry indicates that they made an offer that, in addition to allowing the recovery of the sustainability of the provincial debt, incorporates some ideas and requests that the creditors have made throughout the process.

“It is important to highlight that the entire offer is based on the legal mechanisms and tools available today under existing contracts., the same contracts that were accepted by the holders when acquiring bonds of the Province, “they add from the Treasury portfolio.

Regarding the alternative presented by said committee at the time, it could not be considered viable due to the absence of significant debt relief; Furthermore, for certain bonds the debt would end up being even more expensive in terms of present value.

And they ensure that the best offer that we consider possible within our restrictions has been made. At this moment we are in continuous dialogue with bondholders, and it is in this sense that we remain open to all those considerations that are framed in the sustainability guidelines that we have presented. ”

The Buenos Aires government seeks to restructure $ 7,418 million of debt issued under foreign legislation, and to achieve this, it proposed an exchange of conditions similar to that announced by the National State.

Thus, it contemplates a 55% interest reduction, a 7% capital reduction and a three-year grace period: with this offer, the provincial executive branch is trying to save 5 billion dollars over the next ten years.

Faced with the proposal of the Province, Investors argued that they maintain their position that “a successful debt restructuring can only be achieved through good faith negotiations. The proposal does not reflect the Province’s ability to pay and does not present a path towards a consensual resolution. ”

In the statement, they warned that a failed restructuring “would deprive the public and private sectors of Buenos Aires from financing, and would negatively impact the level of investment necessary to create employment and economic growth” in the district.

The bondholders also assured that “unfortunately, the Province decided not to start negotiations with the group and launched the current unilateral proposal.”

“The proposal is not the product of negotiations in good faith, and contains coercive elements within its structure, which will diminish broad market acceptance,” they complained.

However, they stressed that they remain “ready and willing to participate constructively in a negotiated solution, and we urge the provincial authorities to seize the opportunity to adopt a consensual process that can generate substantial debt service relief and achieve a high level of participation. “ 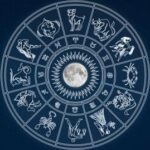