(Reuters) – The ATP Tour and the International Tennis Federation (ITF) reported on Friday that they extended the suspension of activity until July 31 due to the COVID-19 pandemic.

The ATP and WTA had announced in April that they would suspend all tournaments until July 13, and the women’s circuit said Friday that next month it will provide an update on events scheduled for the second half of July.

ATP events in Hamburg, Bastad, Newport, Los Cabos, Gstaad, Umag, Atlanta and Kitzbuhel will not take place as scheduled, while WTA events in Bastad, Lausanne and Bucharest scheduled for July were dropped.

“Due to the uncertainty surrounding the COVID-19 pandemic, we regret to announce our decision to extend the suspension of the Tour,” said ATP President Andrea Gaudenzi. “We continue to evaluate all of our options … including the possibility of rescheduling events later in the season.”

The WTA said in a statement that it would make a decision on the events in Karlsruhe and Palermo when it makes the announcements of the revised calendar in June.

The suspension will not affect any of the Grand Slam that remain to be disputed. Wimbledon has already been suspended, while the United States Open will begin on August 24 and Roland Garros was postponed and will begin on September 20.

(Report by Rohith Nair in Bengaluru; Edited in Spanish by Javier Leira) 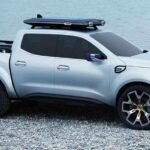 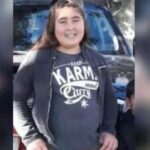