The Indian railway network, one of the largest in the world, will “progressively” resume traffic from Tuesday due to the easing of transport restrictions imposed by the coronavirus epidemic.

Around 30 daily departures and arrivals are initially planned for the capital, New Delhi, to and from cities such as Bombay, Bangalore and Chennai (formerly known as Madras), the Indian Railways company reported Sunday night.

“After that, Indian Railways will initiate more special links on new routes,” the Ministry of Rail Transport said in a statement.

Precautions are envisaged: mandatory use of a mask, taking body temperature and a travel ban in case of symptoms.

Rail traffic in India of 20 million people a day before the health crisis fell to zero after it stopped in late March to prevent the coronavirus from spreading across the country of 1.3 billion people.

It has been slowly resumed in early May, with 366 special trains for the poorest, that is, migrant workers who want to leave the cities, where they lost their jobs, to return to their home villages.

There are still many Indians who want to do the same, and the Minister of Rail Transport estimates that about 300 trains a day may be chartered for them.

“I ask all states to authorize the evacuation and return of blocked migrants, so that we can bring them all home in the next three to four days,” Piyush Goyal wrote on Twitter.

But there is a thorny issue: who will finance these trips, which most cannot afford? In March and April, some migrants chose to walk hundreds of kilometers, sometimes on foot, and dozens of them died of exhaustion or accidents.

According to the ministry, 20,000 wagons have been converted into units for patients with coronavirus. More than 5,150 medical trains are in 215 stations, where Indians will be quarantined as soon as they have been opened.

India has begun the deconfiguration process, but continues to prohibit travel between states, as well as domestic and international flights.

The country has registered 62,939 cases and 2,109 deaths, and the epidemic is far from contained. According to epidemiologists, it will accelerate until a peak is reached, expected in June or July. 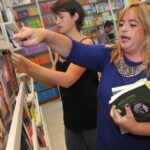 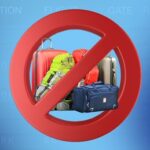