An 11-year-old student from the Mendoza school General Mirror It moved the entire community of Agrelo, a district of Luján de Cuyo, at fulfill a task slogan. The baby had to make a piece for plastic matter “with whatever he had at home.” And he did: he drew a dinosaur on the floor with mud, brick dust and sticks.

Luciano’s ingenuity had a strong impact. What in another context could be seen as another activity, in the middle of the isolation by the coronavirus it became relevant.

With the elements that were in the patio of his house, the student drew a dinosaur: the body did it with mud; the thorns, with brick dust; and claws with sticks. Next to it, his signature.

“It gives me enormous satisfaction to rescue those works from the boys who, despite the environment, they want to keep going. That values ​​his work much more, “he told the media. Sun Claudia Arabena, Plastic teacher.

The woman said that the play generated a lot of emotion throughout the school. “The boys make him want, they don’t have the Internet or all the necessary tools to work at home, but they fight day by day, ” manifested.

For Luciano, however, complying with the slogan was only “a game” that he shared with his four-year-old brother.

“In the area we have a very large villa and it has been difficult for them. The mothers put a lot of effort on them: they accompany, they load credit on the phones to send homework. Seeing the results makes me very happy “, the teacher confessed. 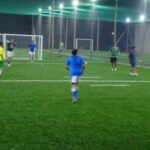 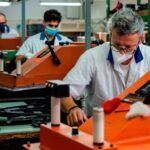