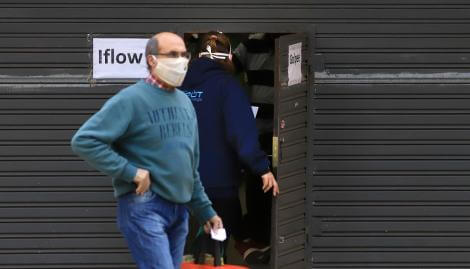 The crisis committee of San Luis reported that starting next Monday, the different commercial items that were to start their activity this week, and whose return was suspended by seven suspected cases of coronavirus, They can open with the corresponding protocols.

The Government decided to continue with the quarantine flexibility plan after five of the seven suspected cases were negative detected on Tuesday in people who had entered the province irregularly.

In this way, shops of different items, hairdressers, beauty centers and private works They may operate from Monday to Friday from 9 a.m. to 5 p.m. with the corresponding health security protocols.

“From the committee it was decided to continue with the protocols that we had already been working on. We suspended due to the appearance of the suspected cases and to epidemiologically study the situation. Fortunately five of the swabs tested negative, it only remains to wait for two results that will be on Thursday afternoon, “said the head of the province’s Cabinet, Natalia Zabala Chacur.

The Crisis Committee reported that, as of today, authorizations can be processed to make effective the reactivation of retail stores, beauty centers, hairdressers and private works. Enter https://t.co/tz8EBzrFjt and click on the PROTOCOLS button. pic.twitter.com/MJYrO6mjq7

Business owners must download the protocols from the page of the Government of the province, according to the corresponding item, and give consent accepting the bases and conditions. Then, they must enter the names of the affected personnel to whom You will be granted a pass and permission from the crisis committee.

The province of Cuyo remained with a very low level of coronavirus contagion: 11 infected and no deaths were registered. For its part, Mendoza, the neighboring province, has 78 cases and 9 deaths. 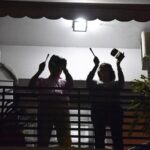