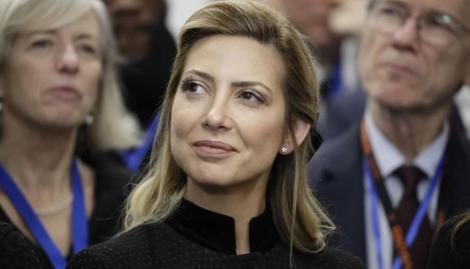 At International Day of the fight against bullying, First Lady Fabiola Yañez shared a message to raise awareness through social networks. According to Unesco, at least 246 million boys they suffer school violence every year worldwide.

In the publication Yáñez affirms that “according to Unicef ​​one of every three children suffers bullying in the world and Latin America is the region with the highest number of victim cases.” The first lady reaps more than 294 thousand followers on Instagram, where shared a video in which he put his own voice to explain what bullying is.

“It is intentionally humiliating a person who cannot defend himself. The aggressor, the victim and a spectator always participate. It is not just child’s play: it hurts, hurts and has consequences when the attacks aim to disarm the other, to leave him exposed to the gaze of a group with insults, nicknames, threats and even physical attacks, “he said.

In the message, Yáñez emphasized that “No one becomes strong by enduring pain in silence. On the contrary, it produces depression, isolation, low self-esteem and mistrust. No one has any characteristics that justify being harassed. “

The initiative for World Day Against Bullying was born in 2013 to help raise awareness of the problem. Edgardo Néstor De Vincenzi, president of the World Confederation of Education (Comed), pointed out that at the end of 2019, according to an investigation, cases of bullying in the classrooms of primary and secondary schools, public and private in Argentina They grew 30% percent in relation to 2018.

“Almost half of them occurred in schools in large urban centers: province of Buenos Aires, Federal Capital, Santa Fe, Córdoba and Mendoza “, added.

The first lady also pointed out what happens in the world of social networks: “It is not just virtual, the effects are real and what you say and show hurts. The written message can have a lot of impact, words are not blown away by the wind. So don’t say on social media what you wouldn’t say in the face. “

“Keep in mind that on the other side of the screen there is a sensitive human being like you. If you avoid laughing when you see someone suffer, you are already helping a lot. Look at your friends and family as you would like them to look at you. I promoted respect, tolerance, warmth, friendliness and invitation to friendship, “he said.

And he concluded: “Bullying can be prevented. If you are a victim or spectator of bullying, do not take revenge, tell your parents or the people who take care of you. Help promote respect and tolerance. “

To close the publication, the first lady used the same slogan implemented by the Executive Power in campaigns to fight the coronavirus: “We stop bullying together”. 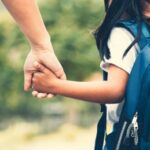 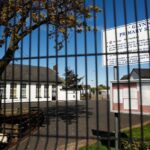