QUITO, May 7 (Reuters) – The private consortium OCP Ecuador said Thursday that it resumed pumping crude oil through its pipeline after almost a month repairing the pipeline affected by a sinking of land in the Amazon region and plans to resume its exports from the next week.

The heavy crude oil pipeline halted its pumping activity, as did the state-run SOTE, operated by the oil company Petroecuador, the first week of April, which forced companies to build a variant on the route of each of the pipelines. .

“With the restart of the crude oil transportation operation, it is planned to export, in the remainder of May, an approximate volume of 4 million barrels of oil,” said the private company OCP Ecuador.

“Starting with the first cargo to ship this May 11, with around 480,000 barrels, in the port of Esmeraldas,” he explained in a statement.

OCP Ecuador also said that in its storage station in the Amazonian city of Lago Agrio it has a volume of 1.2 million barrels ready to be transported to Esmeraldas and “it is planned to restart the crude reception service of the operators this 8 of May at 6:00 am “.

The damage to the pipelines led Ecuador to declare force majeure in its crude oil exports and to decrease the production of both the state operator Petroamazonas and private companies.

The state-run SOTE said over the weekend that the repair of its pipeline was completed, but has not yet reported a date to resume exports.

Ecuador’s oil production stood at 55,308 barrels per day (bpd) as of Wednesday, according to data from the country’s energy ministry. (Report by Alexandra Valencia) 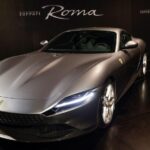 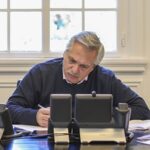