The humanitarian organization, Doctors without borders, it attracted a lot of attention when he settled in the city of NY. This because it is actually known for send their doctors and services to countries that are in need, either because of famine or war, none of which suffers the financial capital of the United States.

However, the organization settled in “the city that never sleeps” to advocate for the destitute, who despite living in one of the wealthiest cities in the world, do not even have cell phones.

The fear of indigent advocates is that they will lose communication with more than 80,000 homeless people. And this sector of the population runs more risk of getting COVID-19, because they have more probabilities of having pre-existing conditions, in addition to the general circumstances of their lives.

In March, when the city was about to become the epicenter of the disease in the country, Doctors Without Borders began to ask how they could help. By then, low-income services in person, they had already closed without even informing the indigent where to go in case of emergency, according to the portal of Vice news.

Through donations, the organization obtained 1,000 cell phones, which was already prepaid with two months of text messages and unlimited calls. It was thanks to the collaboration of the defenders, who worked directly with the homeless, that the cell phones along with food and other necessary resources began to be distributed, just this week.

Josiah Haken is the Vice President of NYC Relief, and who has delivered food and supplements to people on the street. When you do this, you ask how you can locate them to follow up on your cases. If the answer is that they have no way to communicate, Haken gives them an Alcatel with a stamp that tells them what their number is and who they can talk to in an emergency..

Since last friday, Haken handed out around 15 phones, and those who have received this help have been on the verge of tears. Even a man had been searching for a mobile device for two years.

One of the people contacted Haken one night to tell him that the police had run him from the subway car in which he was living. I had nowhere to go. Haken then got him a bed in a hotel, and told the man where to go.

“Phones are literally lifelines. These can make the difference between life and death ”, shared the association’s vice president.

“If people they don’t have phones they can’t call 911, can’t get a telemedicine appointment, or even make an appointment, since many places are closed and cannot simply pass ”, explained Michelle Mays, nurse and coordinator of the project Medecins Sans Frontieres in New York.

In addition to this, the organization also installed a station so that people in need can bathe and go to the bathroom in downtown Manhattan.

“We are good and we are used to jump into a new situation and find where is our added value. I have never worked in a project like this in United States, and I never thought I would ever do it, “said Mays, who has worked in crisis within the Republic of the Congo and Haiti.

Now David Giffen, executive director of the New York City Coalition for the Homeless, shared with the portal that his organization was trying to figure out how to shop for more cell phones.

The USA added another 1,754 deaths from coronavirus: the total amounted to 85,813

9 clear and simple truths about coronavirus to keep in mind 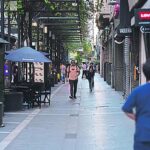 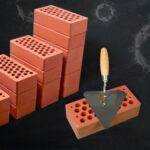