In full compulsory isolation, and despite having several cases of coworkers infected with coronavirus, a group of 20 bus drivers met to make a barbecue and celebrate a birthday.

In addition to meeting, the men were filmed at the celebration and shared the video on social media.

The meeting took place in Boulogne, San Isidro party, one of the areas through which the lines that lead: 707 and 333. Both belong to the company General San Martín Micro Bus (MOGSM), in which there are at least two confirmed cases of infection. However, from the Unión Tranviarios Automotor (UTA) they assured that there could be at least four or more.

The drivers whose cases transcended are interned in the private clinics “Independencia” and “Olivos”, both from Vicente Lopez’s party. From the municipality of San Isidro, meanwhile, they indicated that there are no “epidemiological links with colleagues or family”, so far.

In the last days other cases of workers in bus companies have come to light, as happened in the line 266, which runs through the southern area of ​​the Conurbano. That driver is interned in the Arturo Oñativia Hospital, from the town of Rafael Calzada. The company, in that case, placed other workers on the same line in mandatory quarantine. 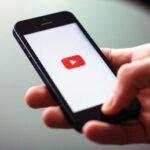 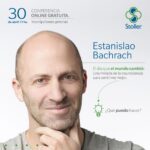