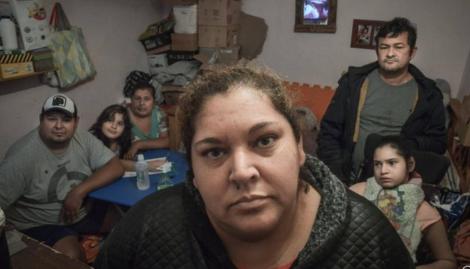 Died for coronavirus Ramona Medina, delegate of The Mighty Throat, one of the loudest voices heard in the Neighborhood 31. She was insulin dependent, was hospitalized and had claimed for the lack of water and overcrowding in the zone. She was hospitalized last week, and soon after it was confirmed that her husband, her daughters, her brothers-in-law and a niece, they tested positive and they are interned.

The Mighty Throat announced the news on Twitter. “We killed Ramona. Clenching her teeth, hitting the keyboard, biting her rage and spitting tears, we have to write this shit now, to shout all that Ramona already shouted. We will not stop, until those responsible pay! WE CANNOT MORE. #JusticiaPorRamona “, published the media, which shows the harsh reality experienced in Barrio 31.

On May 3, he spoke to the camera indignantly and with irony. Claimed the basic service which became even more vital in times of coronavirus. “Eight days without water and they ask us to clean ourselves,” he complained. “How can they pretend that we don’t go outside if I have to go out every day to buy water. I don’t know anymore in what way to ask to this Government a solution to this situation, because it is not possible to live in these conditions any longer. There is a pandemic that is consuming us and we are still without water, “he implored in a Facebook post.

Clenching her teeth, hitting the keyboard, biting her rage and spitting tears, we have to write this shit now, to shout all that Ramona already shouted.

We are not going to stop,
Until those responsible pay!

It was part of the COVID-19 risk group, since it was insulin-dependent. She was the Health Coordinator of the Women’s House in the neighborhood and, like her husband, she worked as a paperwork manager for people with disabilities. He coordinated transfers to schools and therapy centers, but they had stopped doing it due to the pandemic.

The focus of infection in the neighborhood below the Highway and other vulnerable in the City is a concern for the Buenosairean and national governments, who carry out massive house-to-house testing in these areas.

He lived in house 79 on block 35 of the neighborhood, and not only claimed water service, since 2018 expected to be relocated in the new units built by the Buenos Aires Government. The move was never made.

He shared the house with several relatives, who had health problems. One of her daughters is diabetic, and the other has West syndrome and Aicardi syndrome and remains in a wheelchair because she does not speak, does not walk, does not maintain posture and requires nighttime oxygen. While his father-in-law has coronary problems.

This is how his colleagues summarize the story: “When house 79 on block 35 in Villa 31 ran out of water, the Mugica neighborhood had 13 confirmed cases and no real response to the housing crisis of many families that included neighbors in risk groups But that house was not just another case. Ramona, insulin-dependent, was waiting there, caring for a little daughter in a wheelchair, with West Syndrome and Aicardi Syndrome, who cannot speak, eat alone, raise symptoms, or maintain posture: requires oxygen at night and full assistance”

“Along with them, also there, were his partner, another daughter, his 62-year-old sister-in-law, his 68-year-old brother-in-law, his nephew with heart problems and his diabetic niece. Not on a whim, they were awaiting their relocation 4 years ago. They intensified their claim in 2018, when the move should have materialized. And even more so when compulsory social isolation was declared. And even more, when they were left without a drop in the quill. the house never came, nor the answer, nor the water. The coronavirus has arrived “, they claimed last week in Facebook. 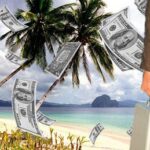 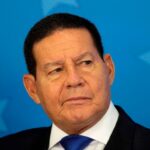