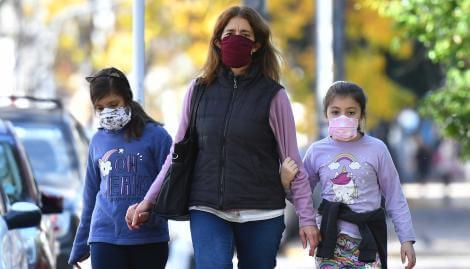 Hundreds of boys returned to the streets on the first day of recreational outings authorized by the Buenos Aires Government. Within two months of the beginning of the social, preventive and compulsory isolation due to the coronavirus in Argentina, the youngest were able to walk for a while. With caution and following certain rules, the measure was carried out in an orderly manner.

From this Saturday, children and adolescents up to the age of 15 can even go out together with one of their parents on weekends, according to the completion of the accompanying adult document, within a radius of not more than 500 meters from their homes and for one hour.

Streets, avenues, squares and parks they showed a different landscape, with bicycles, skates, skateboards and tricycles, and mainly the presence of boys who until now had been isolated in their homes.

“These two months were terrible. Now that there are few people, we took advantage and went out for a little while,” the father of a three-year-old boy told this morning on his cell phone. TN. “He wants a mask, but he doesn’t come out,” said the man. Official regulations contemplate that the use of face masks It is compulsory for those over six years old.

Some took the opportunity to run after so many days of confinement. Others, on the other hand, had a little more trouble letting go of their companion’s hand. In all cases, they were happy to be back on the streets on this sunny Saturday.

The spring weather accompanied the start of the outings, on an almost spring day that had a maximum close to 27 degrees.

“Since the night we were already prepared with the chinstrap and with all the expectation of leaving today for the first time. We brought the document and the phone to check the time, nothing more, “said the mother of a five-year-old boy in Parque Saavedra.

With a cap to protect themselves from the sun and face masks to take care of the coronavirus, a boy who was walking with his father in the Centennial Park referred to his experience in dialogue with TN: “It feels good to be back on the street.”

“I couldn’t wait to leave, I was counting the days of quarantine so she’s happy, “said the mother of another baby.

A woman who was walking with her son said that, at first, the boy was afraid to go out after so long. “He got used to staying inside, but now he is there, running. They have a lot of imagination, but they miss the grandparents, the garden …”, he said.

Security personnel were present at key locations to verify that the measure is carried out in an orderly manner. In the first day, no crowds were registered nor were there any problems with the use of chinstraps. 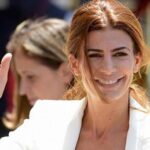 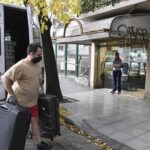