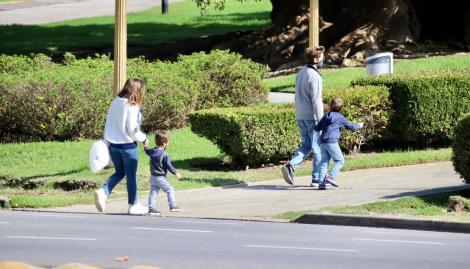 An infectious medicine doctor who is part of the committee of experts that advises the Government on policies against coronavirus He highlighted the fulfillment of the requirements in recreational outings in the City for those under 16 years of age, in full quarantine. “It was satisfactory, the community is clear about the importance of take care of the boys “, said Angela Gentile in dialogue with The Correspondent.

The walks for the under 16s started this weekend. After almost two months of isolation, thousands of boys took the opportunity to walk down the street, accompanied by their parents, with face masks, in a radius of up to 500 meters from their houses and with a maximum of one hour. Saturday was the turn of the parents with DNI ended in pairs and today, those with odd completion.

Gentile said the first experience was “satisfactory”. He indicated that they insisted a lot on the group of experts so that the walks were allowed, because the boys spent a lot of time inside their houses, and stressed that the City has enabled them. “You perceived the behavior, there was a whole idea of respect and care. It will be a very good thing, “he stressed.

The keys are care that must be taken when going out to avoid infections. The doctor explained that they require “a lot of previous preparation” with children, who must understand the need to take care of themselves while protecting others.

He said that encounters between friends should be avoided to guarantee social distancing and spoke of the role of parents. “They must be concentrates, without looking at the cell phone: they are responsible for these outings, “he said.

With regard to the increase in cases in the metropolitan area and the flexibility of activities, he recalled that the committee of experts agreed that they should be determined according to the epidemiological situation of each area. He clarified that it is essential that public transport is used as little as possible, since it is one of the main sources of contagion.

In his opinion, despite the impact that isolation has on the economy, the priority is not to increase infections. “This helps prepare the health system, so that when cases rise, each patient can be adequately cared for,” he said.

He described as “successful” the “early quarantine”, which was quickly implemented in the country, and announced that a “sharp” increase of infections, for this month and the next. Although he considered that from August “They could start going down.”

He explained that the future reduction of infections “will not imply a solution” and that it will be necessary to “learn to live with the coronavirus. ” “Everything we do in the future will have to be considered with a new perspective, fulfilling conditions such as social distancing,” he said. 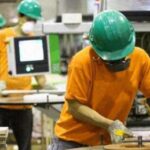 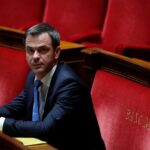