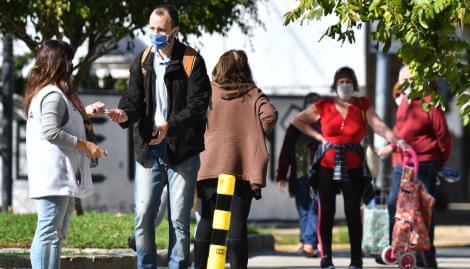 After the officialization of the new activities allowed in the City of Buenos Aires, flower shops, toy stores, perfume shops, decoration houses, sales of electrical materials and bicycles -among other businesses- reopened their doors this Monday, and Thus began a new stage of quarantine with greater circulation of people on the streets..

The opening of local stores led to an increase in the presence of passers-by, although in general there was wide compliance with the compulsory use of the mask and the keeping of the social distance in rows and in access to premises.

According to official data, this Tuesday 170 thousand vehicles circulated on the Buenos Aires highways, 8% more than last week. Despite this increase, traffic is 42% below normal level.

The sensors that the Secretary of Transportation has in the main avenues of the City 117 thousand vehicles were detected in the internal circulation of Buenos Aires, which means an increase of 6% compared to last Tuesday.

In addition, this Monday more than 55 thousand people traveled by subway, 13% more than last week but 95% less than usual volume before quarantine. For his part, 148 thousand trips were registered on the train, 19% increase compared to last week, but 90% below regular volume.

The collectives transferred 2,281,000 passengers, 16% more than the previous week and 74% less than a normal day out of isolation.

The reopening of shops began this Tuesday, from 11 a.m. to 9 p.m., and will run from Monday to Friday to avoid congestion of public transport and that the people who go out to work with those who are going to shop do not get together.

Too four fairs started again located in the Buenos Aires neighborhoods of Recoleta, Villa Devoto, Monte Castro and Almagro. In addition, the Ecobici service was reactivated, which can be used for half an hour.

People whose termination of DNI is an even number they can go out on even days, as long as who has a DNI with odd number ending will do it on odd day.

Meanwhile, since This Thursday the jewelers, watches, jewelery, furniture stores, car and motorcycle dealerships and other retail stores will open; and moving services will resume on Saturday, which may be performed within district boundaries and will be exclusively on weekends. 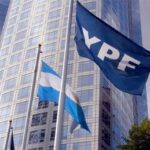 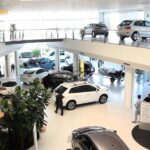