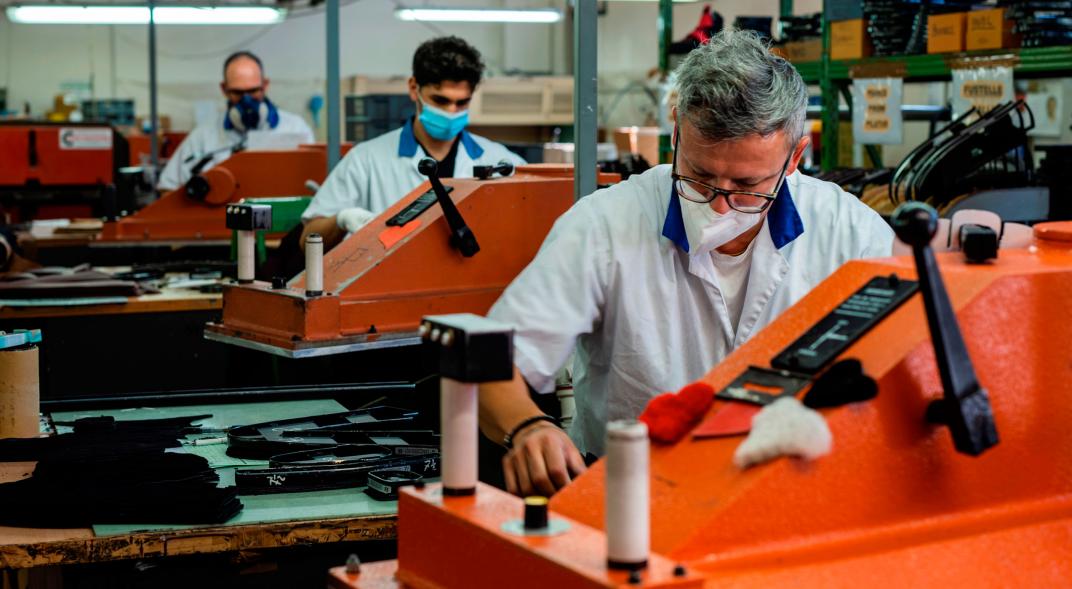 The Covid-19 virus quarantine deepened the crisis that was already affecting the payment chain; first, with the brake on banking operations; and then, with the stop of economic activity. The increase in delinquencies in companies complicated financing and led to a career in debt restructuring in the private sector.

Companies are usually financed with three instruments: credit, the purchase and sale of their own checks and those of third parties. And for medium and long-term investments, the negotiable obligations (ON).

The problem is that since 2018 many companies carry debt in dollars and also in pesos that were tied to the high interest rates of the late Cambiemos government.

At the beginning of the quarantine, many firms were unable to make their bank deposits to cover their obligations, therefore, lifting the clearing, began to increase the number of rejected checks

The companies stopped by the restrictions imposed by the isolation started May prioritizing the coverage of salaries and commitments with essential suppliers, which deepened the cut in the payment chain.

A group of 80 SME chambers across the country, which have been grouped under that umbrella in recent weeks, calculates that there are 220 billion pesos in deferred checks held by banks, of which between 35 and 40 percent expired in April.

The latest Central Bank report on the entities it regulates, corresponding to February operations, that is, before the start of the quarantine, indicated that the ratio Irregularity in loans to companies reached 8.1 percent, when a year ago it was 3.5 percent. Now, the market raises that average to 10 percent.

The bankruptcy in the payment chain transferred the impact to reciprocal guarantee companies (SGR), which take funds from partner companies – contributions for tax relief – to guarantee SMEs.

Currently, there are almost 40 SGRs in the country. For each peso that these entities have, they can guarantee up to four pesos of debt that SMEs take. In broad strokes, if in April 2018 it put two million pesos to support a debt plan of 100,000 dollars, and in the current context the guaranteed company cannot comply, the SGR must now answer for seven million pesos, this is , 250 percent more.

“The first thing that the companies did is to default with the SGR, because they know that it is a debt that is refinancing; and if it cannot do so, the guarantee is settled without leaving any stain on the system ”, explains Ignacio del Boca, general manager of Avales del Centro.

The entity began operating in September 2017 by the impulse of the local Stock Exchange, the Córdoba Industrial Union and the Córdoba Foreign Chamber of Commerce (Cacec).

With 45 protective partners (contributors) and a fund of 250 million pesos, it guarantees 461 firms, from large to micro-enterprises, maintaining a ratio of guaranteed funds and credits of 1.6 times, which gives it some peace of mind.

“The delinquency doubled, it went from five to 10 percent; It hurts, but it’s still a low percentage. It is not a situation to worry about, although it is to deal with it, “he said

Advisers recommend that companies avoid default and renegotiate conditions to take advantage of the fall in interest rates, since those that paid between 45 and 50 percent last year today can be financed at 15 or 25 percent, well below inflation.

“Large companies and SMEs are restructuring their debts. You should not make the same mistake of the national government, you should not fight with creditors, you can achieve an agreed negotiation between the parties without capital withdrawal, but with an extension of the terms and lower rates, “warns Aníbal Casas Arregui, president from S&C Inversiones.

This is the path taken by companies such as Aeropuertos Argentina 2000, Ragsa and Longvie.

These days, the main instrument for restructuring is the deferred payment check –even for the possibility of doing it electronically– with terms of four months to one year, since the market foresees a return to activity in stages.

“The SME has to sit down to negotiate and buy time through a friendly agreement, until this situation is decompressed,” adds Casas Arregui.

Matías Fornasari, from Drachma, agrees in this, for whom there is “good will” in the market to restructure. “Renegotiating with checks, whether owned or from third parties, for terms of up to 300 days, is very convenient for the debtor, because it takes him out of a difficult year; and also for the creditor, because that is preferable to having a client hanged in the short term ”, he explained.

Data from a survey of the Argentine Industrial Union.

According to a survey by the Argentine Industrial Union (UIA), 81% of 1,300 industries consulted between April 24 and 28 were unable to cash checks last month and there are 60% with difficulties in paying wages without access to credit . “Many companies show financial drowning. In the total universe of the surveyed companies, a cut in the payment chain is observed. 81% were unable to cash checks in April, ”states the report.

The original text of this article was published on 07/05/2020 in our printed edition.