With the switching on of the Christmas lights that decorate the center of Madrid, the Christmas season in the city. The ice skating rinks open, the allusive shows premiere, the shopping begins and everything seems to be approaching winter and Christmas carols. At our Schedule of plans for this weekend in the capitalWe recommend this year’s work by Circlássica, by Emilio Aragón, or go to Ifema to see the best of world horse riding. Also, two solidarity markets and the already established monthly Motor Market. In addition, concerts, film talks and even a clown and a ‘reborn’ world fair.

Madrid lights up for Christmas

This Thursday, November 24, Madrid kicks off the Christmas season with the traditional lighting of its lights and decorations in streets, parks and squares. Color floods the city, with up to 230 locations with lamps, sculptures, trees and other allusive objects (from the large fir tree in Plaza España to a nativity scene in Colón). The central act of lighting is at 7:00 p.m. on Thursday in Plaza España, but going to see the lights is the top plan -and free- for this ‘weekend’: they will be lit every day from 6:00 p.m. (and until midnight). 1 a.m. every day, except Sunday, when they will go off at midnight).

They can be seen simply by taking a walk around the city. But it’s not a bad idea either to get on a tuk-tuk (79 euros for a one-hour ride around the illuminated circuit, in an electric car for four people, with a driver acting as a guide and with departure and arrival at Velázquez, 7) or to Naviluz, the ‘Christmas bus’which also starts its journey this weekend (7 euros per person and children free, it works from 6 pm every day).

And the noteworthy plan is to take the opportunity to visit a central terrace and see from the heights the cold landscape illuminated for Christmas. There are some that are in high demand, such as the hotel riuwith its glass walkway, but also less known and with equally beautiful views, like those of the hotels CR7 tab (Gran Vía, 29, with a wonderful pizzeria on the top floor, and a 360 terrace); the Vincci Capitol (Gran Vía, 41, which in its restaurant on the first floor has a special ‘Christmas City Lights’ menu for 45 euros with a drink) or the more hidden Major (At the confluence of Gran Vía with Alcalá, just above the large illuminated Christmas ball, with entrance through Marqués de Valdeiglesias, with its charming and reserved terrace or the Ático restaurant, by Ramón Freixá).

Ice skating next to the fir tree

One of the different plans that arise with the arrival of the cold and Christmas is ice skating. Several rinks are installed in Madrid every year, among them those of Príncipe Pío, the Ice Palace, even at the Rosewood Villa Magna hotel this year and, the most emblematic, in Spain Square. The latter, measuring 450 square meters, opens this Thursday the 24th together with the lights (for the Christmas market that is located next to it, along with places to eat, you have to wait a few days, until Friday the 2nd), with a ticket 9 euros per person (skates and gloves included).

This year the setting of ‘La Navidad’, as this event is called, will be around the classic Christmas tale of ‘The Nutcracker’, making a nod to the history of El Cuartel de San Gil, which was precisely in the current Plaza de Spain from the end of the 17th century to the beginning of the 20th century.

‘Circlássica’ moves to Asia this time

Christmas in Madrid is also marked by the premiere of the work ‘Circlássica’, of the Smile Producers of Emilio Aragón. Every year, in a tent in Ifema, they invite the family to enjoy a unique circus show due to the high quality of its staging, its live music and its artists and acrobats from all over the world.

This time, the work is called ‘Legends of Asia’ and, as its name indicates, it takes us to that continent and its culture, in a fascinating journey -directed by the National Circus Award winner Suso Silva- that does not disappoint.

This weekend returns Motor Market, at the Railway Museum, and it does so with a special edition for its tenth anniversary. The free event will bring together 200 stallholders this Saturday and Sunday, in its three different areas: craft, book, design, art and fashion stalls inside the station; Outdoor food stalls and on one side auction, vintage and second-hand stalls.

Horses and the best riders in the world

One more year, Madrid hosts the ‘Ifema Madrid Horse Week’the equestrian event that brings together in the capital the most important riders and horsewomen in the world, as well as amateurs and professionals involved in the sector.

This edition is number ten, and as such it is special and celebratory. It will once again host the European League of the Jumping World Cup (‘Longines FEI Jumping World CupTM’) and the Dressage World Cup (‘FEI Dressage World CupTM’), as well as the ‘Maestros de la Vaquera’ Cup, among other tests. In parallel, in the Horse Hall Mounted next to the slopes there are all kinds of exhibitions and activities for all ages, as well as demonstrations by experts and stalls from brands linked to horse riding.

Fundamarket is held this weekend in Montecarmelo, and it is supportive but also a complete plan

The ‘A la par’ Foundation, about to turn 75, has been organizing a solidarity Christmas market since 2014 named ‘Fundamarket’. This weekend is the appointment, in a tent (circus, provided just by Productores de Sonrisas) set up in Montecarmelo. There will be around 50 stalls from fashion, decoration, costume jewelery and accessories brands, as well as the sale of products made by the members of the entity dedicated to promoting the integration of people with disabilities, a raffle and ‘food trucks’ for snacks, or your cafeteria with homemade food.

The plan is complemented with activities and games for children at the Fundaland facilities on Saturday and Sunday, and on the latter day, in the morning, with an exhibition of classic cars in the same place.

Guillem Alba, one of the great clown references on the Spanish scene, returns to Madrid with his new show, ‘Calma!’, a wordless, comical and poetic solo about the rush with which we live. The appointment is this weekend at the Teatro del Barrio, after its premiere at Festival Temporada Alta LatinoAmérica 2019 and its passage through Buenos Aires, Montevideo, Lima and the Fira Tárrega.

A date with the ‘reborn’ world


This weekend the main manufacturers of the so-called ‘reborn babies’, some hyper-realistic dolls already considered collector’s items and with their own legion of fans (no age limit). The original event is held this Saturday and Sunday at RafaelHoteles Atocha, under the fair name ‘Daris Reborn’ (the first word comes from ‘Dolls and Reborn International Show’). There these very special babies will be sold, but also materials for their preparation, arrangement and personalization and all kinds of accessories.

Concert by Sergio Rojas from Madrid

Sergio Rojas full of music this Thursday the Copernicus. The Madrid artist (his song ‘Otra oportunidad’ was the tune of the Vuelta España 2010 and he, years later, was on the TV program ‘La Voz’) presents his best-known and emblematic songs, to which he gives a second life after the pandemic

This Sunday the traditional Christmas market of the ‘British Ladies Association’ is held in Madrid, on ‘Christmas Bazaar’. The appointment is on Sunday, all day, at the NH Eurobuilding, where there will be everything from toys and clothes to crafts and homemade cakes, all from entities with which the organizer collaborates.

Andalusian flamenco in the capital

The Valdebernardo Cultural Center, from Vicálvaro, invites this Friday to the show ‘Think of Wilbur’, in which the character, played by Víctor Ortiz, performs a mixture of acrobatics, humor and theater. The proposal is part of the cycle ’21 districts’, of the Madrid City Council.

Photography in the cinema, in depth

The AEC, Spanish Association of Directors and Directors of Photography, celebrates the V edition of the audiovisual meeting ‘MicroSalon’, the most important annual event in the sector, which brings together the most outstanding experts from Spain and other countries, as well as film students and fans. It takes place this Friday and Saturday at La Nave, with free admission. More than 40 companies from the film industry and collaborating institutions will offer presentations, talks and informative workshops. 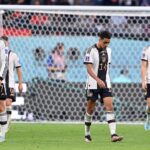 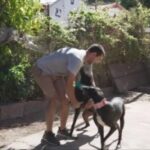