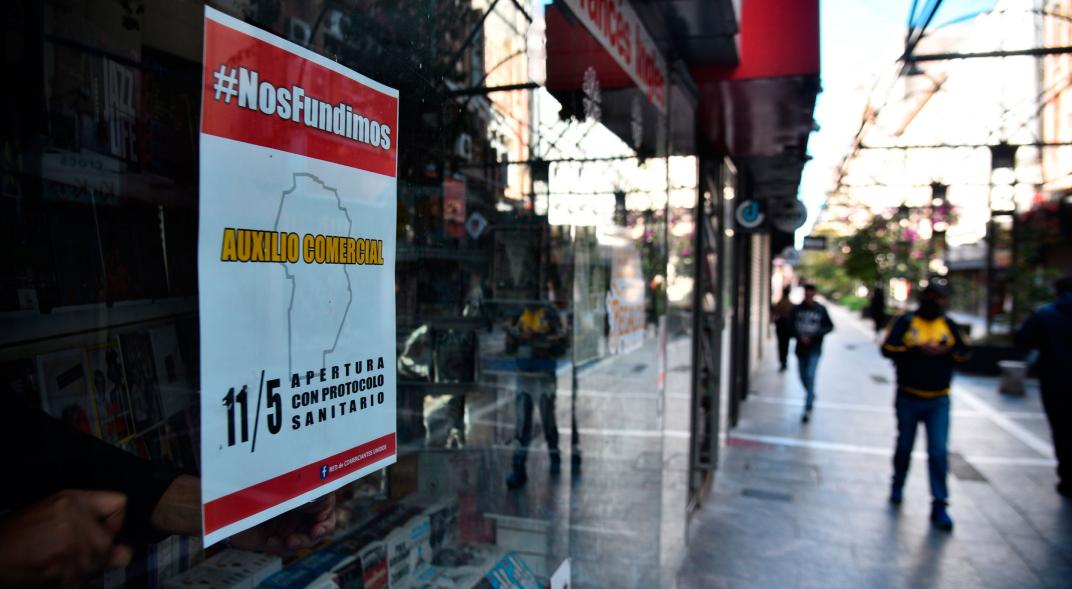 The economic suffocation resulting from the quarantine continues to add tension to retail trade. There, the toughest claim is fueled by a growing group of self-summoners who are winning participants via Facebook and WhatsApp: the so-called United Merchants Network. The group gathers, according to its members, more than three thousand adherents in the city of Córdoba and in various cities in the interior, such as Villa María, although its origin and greatest power are in the Center of the Capital.

There, the posters adhering to the collective slogan multiplied yesterday in stained glass: open businesses to the public on May 11, the day after the end, until now, of the mandatory quarantine.

In summary, merchants clarify that they do not intend to put health at risk or minimize the pandemic, but they cannot survive any longer without opening. They emphasize that official aid does not arrive or is minimal due to the loss they are undergoing; and they mark phenomena such as the inequality that exists between the Center and many neighborhoods, where a growing number of shops are already opening their doors. At the same time, they point out that there are areas of the country and of the world where trade begins to operate respecting protocols.

“Given the suffocating situation that prevents us from facing not only our commercial and employer obligations, but also the possibility of obtaining the necessary support to support our own families, we have considered the urgent need to open the doors of our businesses and SMEs on Monday the 11th, during our normal working hours, covered by articles 14 and 14 bis, consistent and correlative of the Constitution of the Argentine Nation, ”anticipates the network, through a note that will be presented to the authorities. It also ensures that businesses undertake to respect all the hygiene, biosecurity and social distancing measures necessary to prevent the spread of Covid-19. The text describes the quarantine decree as “unconstitutional” and requests an audience with Governor Schiaretti.

“We have to open the doors because we melted, we don’t give more,” said Tamara Steimberg, owner of El Emporio and one of the leading players in the network. “24 percent loans were accessed by very few businesses. The payment of part of the wages from the ATP program is also limited: more than 52 percent of these three thousand businesses are family members and do not have employees; for example, it is not their turn. The loans to the self-employed and monotributistas are insufficient and have only recently started to become active, ”he said, describing the official aid as minimum.

He announced that the group put together a protocol with measures such as opening hours, respecting social distance and other care. That document would be presented today to the Emergency Operations Center (COE).

Yesterday, the group of self-summoned appeared to approach positions with the Córdoba Chamber of Commerce (CCC), an entity that said it was celebrating its campaign. “We are going to accompany all the merchants in the efforts they make to open the commerce completely, but always in compliance with the regulations in force,” said José Viale, president of the CCC. The entity supports the development of the sanitary protocol and could even support a possible legal claim that the network promotes against the continuation of the mandatory closure.

In as much, from the COE, they avoided of plane a possible change in the modality of the commerce in the “red zones” (Capital and Great Cordova and great cities) after the 10. “First it is necessary to know what decision the Nation takes regarding quarantine, and at the same time assess the epidemiological situation, “they said. The most complex picture occurs in Capital, where there is community transmission of the virus.

María del Rosario Castro Tomassini: We want to take care of our health, but we ask to open on May 11 so as not to disappear

Owner of Tiemblen Paredes, gift shop at the Rex gallery

The gift business of “Marita” and her brother is a classic of the Great Rex. “If God wants, we will be 40 years old,” she says, alluding to the unprecedented trance they go through. They take more than 47 days almost without invoicing. “Since delivery is allowed, I sell through networks as I can, but it does not reach 10 percent of the usual turnover.” In March she paid the salary of her only employee (the structure is completed by her, her brother and her retired mother, who continues to lend a hand) and other expenses with savings. For April and May it has approved the contribution of the ATP program for the employee’s salary and hopes to obtain one of the credits of up to 150 thousand pesos at zero rate for monotributistas. “It is very insufficient. The fixed monthly expenses, without merchandise, are around 150 thousand pesos and a good part is maintained. All last week, working 12 hours a day, I managed to sell for 10,000 pesos with delivery. So we ask to open 11, so as not to disappear. Nobody imagines that it will sell what is necessary, but at least it will be something ”, he explains.

Abigail Riccioni: We sell something on WhatsApp, but it is minimal and official aid is not enough

Owner with her husband, Cristian Soria, of a sportswear store in the Center.

Since 2015 and pressured by unsustainable fixed costs, Riccioni and her husband have shrunk from three to just one location, in Obispo Trejo y Caseros. “With employees and paying the highest rents for the pedestrian, plus services, it was impossible to sustain them. We are left with one of 35 square meters, which we serve with my husband and son and a single employee, Trinidad, ”she explains. For April and May they agreed to the ATP salary aid, but, of course, it only covers the worker. His business exploits the Sonder franchise, a Rosario sportswear brand that does not have e-commerce and today survives by making chinstraps and robes.

“We sell something on WhatsApp, but it is minimal. If you did not have a web business, it is almost impossible to create it in this context ”, he says. “The only official measure that really works is that checks are not presented or penalties are not applied to those presented and not paid. The rest are insufficient or we do not qualify. So we need to work, “he admits. 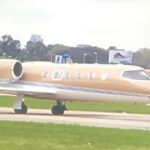