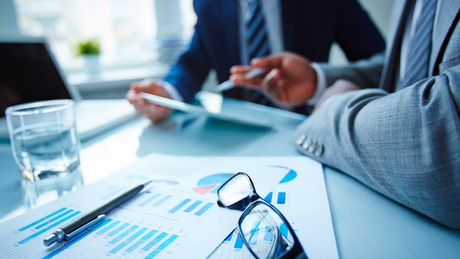 The AFIP must pre-liquidate the benefit of the Supplementary Salary for each worker. But until now, this information was not being provided to firms

From this Friday and for the next 24 hours, The AFIP will be reporting the details of the companies and the amounts to be granted by each employee to pay the salaries for the month of April, within the framework of the Emergency Assistance Program for Work and Production (ATP), which enabled the Government to alleviate the crisis caused by the coronavirus. This was confirmed by official sources.

Notification to the firms that applied for the benefit of the supplementary salary is reaching the electronic tax address of each employer and will also be available through the ATP page service of the Federal Administration, with specific information for each company.

It should be noted that the AFIP had published a guide on how to declare the ATP, in the Digital Salary Book, but until Thursday, there were major doubts about how the amount to be paid is calculated, to whom and with what criteria they are granted.

It happens that the AFIP is the one that, according to the regulations, must pre-liquidate the benefit of the Supplementary Salary for each worker and communicate it to ANSES for control purposes. But Neither agency was providing that information to companies so that they can settle wages.

Thus, from the Buenos Aires Professional Council of Economic Sciences (Cpcecaba), the president of the entity, Gabriela Russo, commented to iProfessional that there were four situations regarding aid to companies for the payment of salaries and employer charges:

1. Amounts are not indicated

Many received a notice from the AFIP informing that they were granted the benefit of the extension until June of the retirement contributions and also the help to pay salaries. But in this case, which is the best, they had not been given amounts nor was there an indication of how to settle April salaries.

2. They were not notified

Other companies were waiting to be notified. For example, in the construction sector they have already received the note, among others, while there were activities that were among those listed as beneficiaries but that, until Thursday, had not had any notice, Russo said.

3. They will not receive the inflation effect benefit

Others will never get it, because they signed up after the AFIP said that all employers should do so, even if they were not from the activities benefited or their turnover had not decreased. Russo commented that there are companies that are in this segment due to inflation.

4. They could not rectify data before the AFIP

A fourth sector is that of those that were notified on the 27th, the last in which it was possible to register that they had to rectify the billing because the information reported did not coincide with the AFIP records.