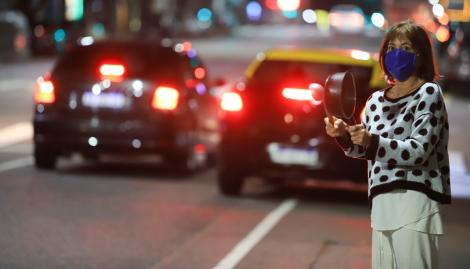 This Sunday again at 8:00 pm, a cacerolazo was heard from the balconies and houses, against the homes of the prisoners for the advance of the coronavirus. The ‘noise’ lasted ten minutes and again had great support.

From different parts of the country people expressed their rejection, just as they did on April 30 when the call for social media began, to the judicial decision that benefits those convicted in different prisons.

President Alberto Fernández referred to the issue days ago and detached himself from the conflict by stating: “The solution to the problem is in the hands of the courts”. In a Twitter thread, the president explained his position after the controversy that arose as a result of the domiciliary granted to detainees throughout the country.

My opposition to exercising the power of pardon is known. I say this at a time when a media campaign is unleashed accusing the government that I preside of wanting to favor the freedom of those who have been sentenced

The discussion generated tension within the Government itself. Elizabeth Gómez Alcorta, Minister of Women, Diversity and Gender, expressed her discomfort at the benefit granted to men investigated for gender violence.

Fernández assured that Argentina faces a pandemic and that the virus is potentiated in places “of high human concentration”. In this context, he highlighted that, on the recommendation of international organizations, “many governments have provided liberties trying to minimize that risk”.

The head of state explained that some nations commuted sentences, pardoned convictions and “others left the matter in the hands of the Justice”.

This Sunday night, in Sjust one more turn (TN), Chief of Staff Santiago Cafiero was consulted on the subject and stated: “It seems to me that we have come to change things, since the government of Alberto Fernández a different line has been drawn.”

“We are working on a process of prison reform. We are a Government that does not intervene in Justice and we have total respect for the division of powers and that is why we are not going to comment on judicial decisions; Yes, I can express my opinion as an Argentinean and as a father, and clearly if that was the case, democracy has its rules and instruments so that any public official has to be held accountable, “he added, referring to judge Víctor Violini.

The magistrate is a member of the Buenos Aires Chamber of Cassation that “opened “the door for the release of 2300 inmates, among them convicted of cases of child sexual abuse, where in many cases the inmates returned to their neighborhoods and returned to be close to their victims.

Regarding the releases, the head of the ministers stated: “It is not true that they are part of a plan of the national government”. And he completed: “All Argentines agree on what kind of justice we want.” 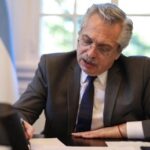 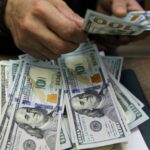