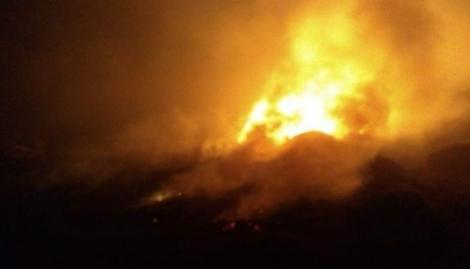 A medical plane carrying four people crashed while trying to land at Esquel airport. The pilot and co-pilot of the aircraft survived but the health workers they were transferring died on the spot.

The flight would have left San Fernando, in Buenos Aires, to search for a baby that was to be referred by emergency but the pilot lost control of the ship when descending.

According to what transpired, they traveled the commander, Mariano La Torre and the co-pilot Martin Gamboa. They transferred Federico Bassi and Patricio Wemsle, doctor and nurse.

Sources of the investigation confirmed to TN.com.ar that the pilot and his second were rescued alive and taken to a health center urgently.

Instead, health personnel died at the scene.

The investigation of the accident was left to the federal judge Guido Otranto and the Airport Security Police, in charge of José Glinski, intervenes in the case.

According to what they indicated, the aircraft would have left the San Fernando airport at approximately 8:00 p.m., bound for Esquel airport at 11:00 p.m.

The jet, owned by a private medical flight company, -MD Fly S.A- crashed at the north end of the airport and 200 meters from the central runway. They believe that the accident was caused by the fog: There was only 100 meters of visibility.

The local press indicated that the patient’s family I was waiting in the ambulance to board when the explosion was heard and then they saw the flames.

According to local media, the flight had been contracted by the local television union to transfer the daughter of an affiliate, with a heart condition.

The Transportation Security Board (JST) reported that the aircraft that crashed at Brigadier General Antonio Parodi International Airport (Chubut) was a Learjet 35 license plate LV-BXU. 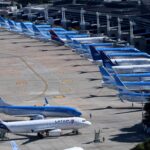