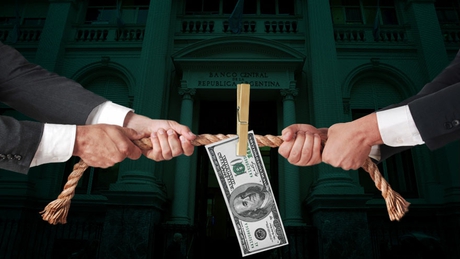 Since April 15, the Central lost $ 350 million and the parallel shot up. Now, the private sector is sought to limit access to dollars

The meaning of the strict measures that the central bank took minutes from the start of the Labor Day holiday going in one direction: caring for the (rare) international reserves that remain in the country, in a context where it has not been defined whether Argentina will stumble upon a new default Of the debt.

The decision to put limits on operations in the alternative dollar markets (“counted with liqui“and MEP or”dollar bag“) reveals the government’s enormous concern about the effects that an” alternative “dollar that will have exceeded $ 100 a while ago and has been prowling around $ 120 in recent days, despite the fact that measures have already been taken that, on paper, they would serve to lower the temperature of the market.

That did not happen and, on the contrary, the most visible thing is that in recent days the demand for foreign currency has been exacerbated, which led the Central Bank to intervene with sales of dollars in the official market, despite the fact that there is already a “stocks ” very strict.

To put it bluntly: what the Argentines are seeing is a real race for reserves. The dispute between the private sector (banks, companies and also individuals) -that seeks to get cheap dollars from the BCRA- and the State that wants to retain these currencies to avoid another explosion of the crisis.

In that race, the private ones took advantage. Since mid-April, the Central Bank – which had been a net buyer of foreign exchange in quarantine – resigned several positions. Since the 15th of last month, it has lost about $ 350 million. For several days, the operating table of the monetary authority sold green notes to defend the value of the peso.

According to the estimates of the most listened consultants in the City of Buenos Aires – such as MacroView, by Carlos Melconian, or Eco Go, by Marina Dal Poggetto – they locate the net reserves of the Central well below the u $ s10,000 million. They even estimate a floor of u $ s8,000 million.

The context looks aggressive to Michelangelo Pesce, holder of the monetary authority. The capital outflow it was exacerbated in the midst of the government’s arm wrestling with creditors over the debt.

The danger of default grew just when the Casa Rosada has no alternative but to issue pesos to find a floor for the severe quarantine crisis.

The “machine” of pesosAlthough justified at present by the vertical drop in economic activity, it does nothing but increase doubts for the future of the economy: the signal that Argentina could fall back into default on its debt increased the uncertainty. And when the country grows uncertainty, as logical as it may be, the refuge in the dollar is also exacerbated, whether or not there is a stocks.

In this framework, the measures known on Thursday night try to catch those green bills that escape. Perhaps without putting the emphasis on the price that the dollar could reach in the parallel market after the long weekend.

Those same measures deny the analyzes that spoke of a “surplus” of dollars in Argentina, given the stocks, the reduction to zero of tourism abroad and the trade surplus.

That scheme can help to understand reality in the future. In this present in Argentina, the situation looks quite different: more than left over, dollars are scarce here. And for this reason, the Central comes to the weekend with the slaps so that his opponent does not take into his pockets the bills that are necessary to balance the economy.

What the BCRA measure says

The measure that the Central Bank communicated on Thursday night implies that the companies that access credit lines with subsidized rates and those that carry out operations of purchase and sale of securities with settlement in foreign currency will have to request “prior agreement” to the monetary authority if they want to buy foreign currency in the Single Exchange Free Market (MULC).

The decision was adopted at the Board meeting, and is part of the series of measures taken by the Central and the National Securities Commission (CNV) to control the increase in the price of stock dollars – Cash With Liquidation (CCL) and Dollar MEP – which reached $ 118 per dollar this week.

“The MSMEs benefited from the promotional credit lines provided in the framework of the health emergency by the Covid-19 will be able to access foreign currency to allocate them to new imports of goods or supplies required in their production process, but they will not be able to pay off debt due at March 19, 2020 without the prior consent of the Central Bank, “the monetary authority reported today in a statement.

In turn, he clarified that to the extent that these lines of credit are in force, companies “will also have limited access to operations for the sale of securities with settlement in foreign currency or transfer them to depository entities abroad.”

The Central Bank provision also establishes that “to access the market for the acquisition of foreign currency, companies will have to present an affidavit that on that day and in the previous 30 calendar days they have not made sales of securities with settlement in foreign currency or transfers thereof to depository entities abroad, “reported the entity led by Miguel Pesce.

And I add: “They must also undertake not to carry out these operations from the moment they require access and for the subsequent 30 calendar days.“

The same requirement will be applied to companies that need to access the exchange market to pay off foreign debts pending as of March 19 of this year, even if the payment did not have an expiration date or whose expiration had previously operated.

This will not apply to entities that have a sworn declaration from the client stating that “they do not have pending financing in pesos provided in Communication” A “6937 and complementary nor will they request it in the following 30 calendar days.”

“For those who maintain financing in pesos pending cancellation provided for in Communication” A “6937 and complementary, they may not, until their total cancellation, sell securities with settlement in foreign currency or transfer them to depository entities abroad,” reported the BCRA.

Lastly, entities must require their clients to submit a sworn statement stating that on the day they request access to the market and in the previous 30 calendar days, they have not made sales of securities with settlement in foreign currency or transfers thereof to depository entities abroad. 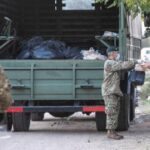