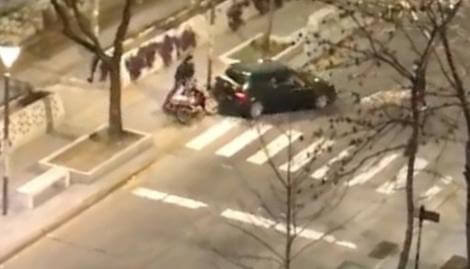 The images shake. Show how the drunk car driver passed over four times to a motorcycle after hitting the person who was riding it, in Villa Lugano. The victim was his neighbor, whom he did not recognize at the time because he was wearing a helmet and a chinstrap, mandatory for use by the coronavirus. The attacker was arrested, but then released him.

The incident occurred on Friday at midnight in Soldado de la Frontera at 4900, in Villa Lugano. Jonathan, the motorcyclist, was driving down the street and tried to overtake the Volkswagen Golf that was zig zagging ahead. He rebuked him for the reckless behavior and at that moment: he threw the car at him and made him fall.

The biker couple told TN which then the driver rammed the motorcycle four times speeding up and backing up with his vehicle, which was recorded by the neighbors. Jonathan suffered minor injuries and was treated at the scene by SAME doctors, without the need for a referral to a health center.

The attacker fled but was arrested a few blocks from the scene by the City police, and then transferred to the 8th police station. The breathalyzer test determined that he had 1.7 grams of alcohol per liter of blood, which triples the amount allowed to circulate in the City.

The cause for injuries was in the hands of the Buenos Aires Criminal, Contravencional and Offenses Prosecutor No. 31, in charge of the prosecutor Carlos Rolero Santurian, who ordered the release of the accused.

The motorcyclist’s couple asked that the aggressor no longer drive because he said that he represents “a danger to society.” He indicated that Jonathan suffered some blows but that he is in good condition of health. In addition, he regretted that the motorcycle was destroyed since they had recently bought it and his partner used it for work. 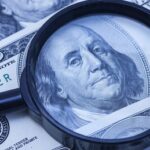 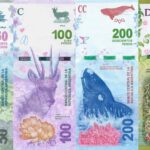