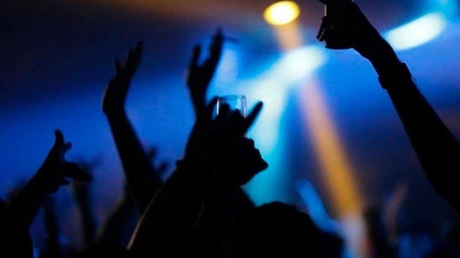 Although many tried to convert themselves into gastronomic places, the restrictions and, above all, the clandestine parties, have a full impact on the sector

While in Europe the restrictions imposed by the advance of the coronavirus began to be lifted and consequently they reopen clubs, bars and restaurants, in Argentina the panorama is very different. It gives the impression that the custom of dancing in a discotheque until dawn it will not be repeated for long. And this impacts squarely on the heart of the business.

According to data revealed by the Federation of Clubbing Entities of the Argentine Republic (FEDRA), there were about 4,000 nightclubs throughout the country, while at present it is estimated that 40% of them closed permanently and that at least 10% are sooner to follow that path.

Undoubtedly the second wave of coronavirus and the new restrictions were decisive for the dance clubs, which were never able to resume their activity despite the fact that FEDRA presented various protocols so that the premises can be reopened with the necessary care.

“This protocol in some provinces is already approved. It is the same that was used in the summer on the coast, with bubbles and groups, and it worked well. Today there are three strong sectors that depend on our activity: on the one hand, the gastronomic; on the other, public shows, in which shows, djs, etc., and security personnel are framed. Everyone is having a bad time, “said Rodolfo Di Pinto, president of FEDRA.

However, the only concrete thing at present is that with the restrictions in place at least until May 21 at least, the possibility that the bowling alleys open it looks far away.

40% of the country’s nightclubs have already closed

With a grim scenario raised since the beginning of the pandemic, 14 months ago, many dance clubs decided to reconvert themselves as pubs, and they were able to operate with reduced capacity, with the investment that this implied. However, some were unable to survive.

“We are concerned about the payment of salary and wages, rentals that some are in dollars, the cost of services, the payment of taxes and duties, “added Di Pinto, who assured that without working it is very difficult to sustain the activity.

Another issue that keeps the sector in suspense is the unfair competition that occurs today with the operation of clandestine partiess, illegal openings, etc. The authorities maintain that there is the problem of contagions and not in clubs where capacity is controlled.

The protocol that they presented, which was adapted to the needs of each province, states in general lines that each local will establish the maximum occupancy so that social distancing is respected, the mandatory use of face masks in closed areas, redistribution of tables, the provision of Physical barriers if necessary, on the dance floor, mark the ground with a grid to maintain the necessary distance, establish an online reservation system, temperature control, among other measures.

The last known nightclub closure was The forest, very famous in Quilmes, which after 29 years in operation and after having opened during the pandemic with reduced capacity, failed to stay afloat.