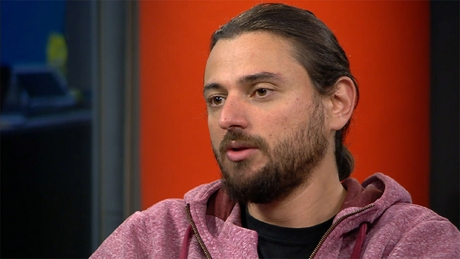 The head of the Confederation of Workers of the Popular Economy (CTEP), Juan Grabois, gave the reasons why his children attend classes

The head of the Confederation of Popular Economy Workers (CTEP), Juan Grabois, acknowledged this Monday that you send his children to school after acknowledging that “he lost the discussion at home by a landslide.”

“I send my boys to schools, because the schools are open, because there is a court ruling and because I lost the discussion at home by a landslide,” the social leader acknowledged today, in dialogue with the radio program “Let’s Talk Today.” .

“I send my boys to school, because the schools are open, because there is a court ruling and because I lost the discussion at home by a landslide,” says Juan Grabois in @Talktodohoy– Pablo Javier Blanco ???? (@payitoweb) May 10, 2021

Grabois criticized the expansion of the Alimentar Card: “It’s a stupid policy”

“It is a stupid policy,” said social leader Juan Grabois, referring to the Reinforcement of the Feed Card announced on Friday by President Alberto Fernández, for the sectors most affected by the bans and for the lower-income segments given the acceleration of inflation in recent weeks and strong increases in food.

“Finally, the economic cabinet decided to break the pig that seemed reserved exclusively for Kristalina Georgieva, while poverty and inequality are growing in Argentina. Good. Great decision,” said Grabois. At the same time, the social referent questioned: “The problem is that it was decided apply the resources to a policy that I can only qualify with one word. It’s stupid politics“.

Is that, according to what the representative of the CTEP explained, although in the initiative “there is no bad intention”, it does “carry a huge ignorance of reality, a reverential fear of opinion makers, a child confidence in price makers, a huge devaluation of workers, a huge overvaluation of technocrats and an undeniable addiction to focus groups “.

With the new reinforcement in the Alimentar card, for Grabois “there is a huge devaluation of the workers”

In a column published on the ElDiarioAR news portal, entitled “The Alimentar card is not Social Justice”, the leader of the Frente Patria Grande rescued that “taking into account the dramatic situation that our people are experiencing, with catastrophic levels of poverty and inequality , that more families have a card to buy food is something “is” a consolation in the face of so much malaria“.

“Seeing, in addition, how Colombia is bleeding to death before a government that massacres its people and intends to apply a tax on food to the hungry, we cannot ignore the sensitivity of the Argentine government and be grateful that we do not have an Iván Duque in our homeland (read Mauricio Macri) as President “, Grabois acknowledged.

However, the social referent considered that the Government of the Frente de Todos “makes permanent mistakes due to incomprehensible blindness“, and said that he feels” the obligation to debate the decision to deepen the path started with the Alimentar Card. ”

“Nobody has the recipe to solve the social injustices that Argentina suffers, but one thing is certain: mass welfare is not the way. The Alimentar Card is that. It is also the aggionaded reproduction of the programs of conditional transfer of income of the Menemism. It is a ‘focused’ neoliberal policy because it does not establish permanent rights, does not create jobs, does not generate durable social goods, and does not promote integral human development, “Grabois wrote about the measure that reaches almost two million people. .

“The Alimentar Card is an example of pure welfare. We cannot speak of an extension of rights because this benefit is not part of the national Social Security system such as the Universal Child Allowance“, he compared.

“It is a stupid policy,” said social leader Juan Grabois, referring to the reinforcement of the Alimentar Card

The leader of the Evita Movement and secretary of the Social Economy of the Nation, Emilio Persico, also harshly criticized the operation of the Alimentar Card, considering that it is “bread for today and hunger for tomorrow.”

“Spending on direct aid, the Alimentar card, includes us as consumers, but that is not social inclusion, the only inclusion is work. It does not solve the inflation problem, because inflation eats it“, said the official in a video recorded and disseminated to different social groups, both official and opposition.

The official’s criticism occurred within hours of the president’s announcement It is that, according to the piquetero, the $ 250,000 million allocated to the Alimentar Card they could be used to finance housing construction plans, in order to employ “workers of the popular economy”.

“As (Juan Domingo) Perón said, money has to go three and four times in society, pass through the hands of three or four colleagues, to achieve harmonious development. We need a strong work policy, that is the central objective of the organizations, “Persico concluded.